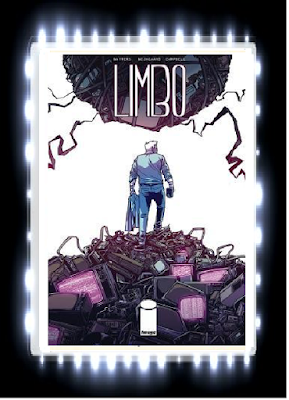 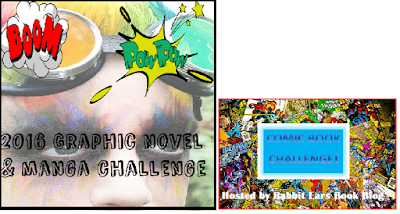 Since I am on the roll when it comes to reading books from NetGalley, I have picked up another graphic novel that sounds pretty interesting called “Limbo Volume One” which is written by Dan Watters along with artwork by Caspar Wijngaard.

Welcome to the world of Dedande City, where reality and technology becomes blended into one universe and mysterious god like beings called Deities lay dormant in video cassettes. Living in this world is a detective named Clay who does not have any memories of who he really is and is often described as being a very rude man.  One night however, he ends up getting a mysterious client named Bridgette who asks him to take down a powerful crime boss named The Thumb and once Clay goes on this mission, he soon realizes that The Thumb is involved in some supernatural shenanigans where reality suddenly begins to unravel.  Clay will soon discover that searching for his true identity in this surreal world would mean that he would have to search in the darkest corners of the supernatural and technical world to find the answers he is searching for.

The premise: Dan Watters has written an extremely interesting premise for this series where people can enter other worlds through television sets and get messages from another universe through VHS cassettes.  I really enjoyed this aspect of the story since it is extremely unique and it made the story somewhat interesting to me and I enjoyed exploring this strange new world that our main character Clay lives in.  I also loved the character of Sandy, the woman who took Clay in and also has the ability to contact the spirit world through her mix tapes, as she is an extremely unique and fun character to read about and I enjoyed seeing her try to help out Clay when he got in trouble with the crime boss and how she used her abilities to learn more about the situation that Clay got himself into.

Caspar Wijngaard’s artwork:  Caspar Wijngaard’s artwork is highly creative to look at as the characters are shown in different colors such as Clay having blue skin and is mostly shown in blue clothing while Sandy has green skin and is constantly wearing green clothing.  These colorings really set the characters apart from each other and also describe their personalities somewhat as Clay’s blue coloring depicts his sad past and his determination to find out who he is while Sandy’s green coloring shows how alien she is in this world.  I also loved the way that Caspar Wijngaard presented the images of TV static throughout the story as it gives the story an unearthly and unique feel.

For anyone who does not like strong language and violence, this volume has a bit of strong language such as using the “f” word a few times and it also has some violence such as some scenes of people being graphically cut with knives.  Also, the reason why I gave this volume a three star rating was because I felt that the plot was a bit too confusing as there were many supernatural and technical elements going on at the same time and it made the story a bit hard to understand.  Also, I felt that most of the characters in this volume were too flat as we do not know much about these characters and I felt that their personalities were a bit boring also.  The only character I felt that was interesting was Sandy as she does have a bubbly personality and the fact that she can contact the spirit world through her mix tapes made her the most interesting character in this volume.

Overall, even though “Limbo Volume One” had an interesting premise about alternative realities and technology coming together in one world, the plot was a bit too confusing for me to understand and I felt that the characters should have been developed a little better.  However, I will pick up the second volume to see if the story improves.