[BOOK REVIEW] The Tortoise and the Hare by Janet Stevens 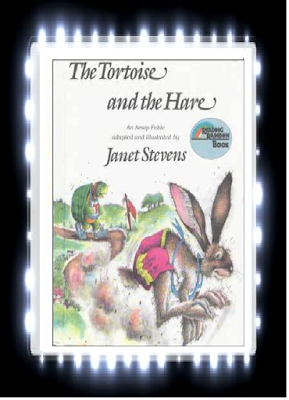 Title:  The Tortoise and the Hare

Janet Stevens has done an excellent job at both illustrating and writing this book about a famous Aesop fable. Janet Stevens’ illustrations are beautiful and colorful, especially of the images of Hare looking scraggly, while Tortoise looked wrinkly yet wise. Janet Stevens’ writing sets up the moral of the story, which is “hard work and perseverance brings its own rewards” in such a brilliant manner, that many children will be awed at how Janet Stevens shows that hard work does pay off.

“The Tortoise and the Hare” is a great book for children who want to learn how to work hard to earn their goals in life and is easily one of the greatest Aesop fables ever told. I would recommend this book to children ages four and up since there is nothing inappropriate in this book.