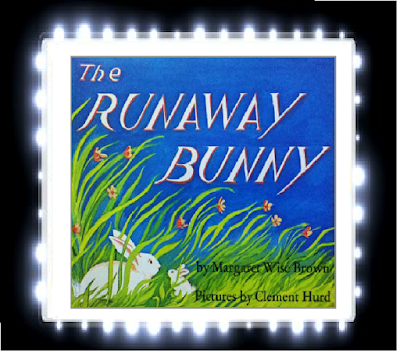 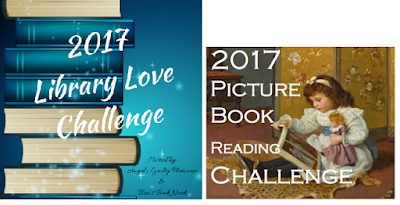 Series: Over the Moon #1

Content Rating:  Ages 4+ (Some Themes of Stalking, although it depends on the reader)

After I had read Margaret Wise Brown’s popular children’s book “Goodnight Moon,” I wanted to read more of Margaret Wise Brown’s works and I happened to stumbled upon another one of her popular works called “The Runaway Bunny,” along with artwork by Clement Hurd.  “The Runaway Bunny” is a truly cute story about the love shared between a parent and child that children will enjoy!

The story starts off with a little bunny wanting to run away from home and when he told his mother about it, his mother just said that she will come running after him, no matter where the little bunny will run off to!

I must admit that I cannot believe that I waited this long to read this classic children’s story about a love shared between a parent and a child!  Margaret Wise Brown had done a great job at conveying a mother bunny’s devotion to her child as she is always pledging to follow her child to the ends of the earth, whether the bunny wants to become a rock on a mountain or a sailboat to escape from his mother.  I also enjoyed the soothing tone of this book as the story never felt too chaotic or intense when dealing with the little bunny’s desire to run away and I always felt good when the mother bunny tries to comfort her child by telling him that she will always love him no matter what.  Clement Hurd’s artwork is truly gorgeous and creative to look at, especially when there are transitions between the black and white artwork and the colorful artwork.  I loved the fact that the scenes where we get to see the imaginations of the little bunny running away from home in different and unique ways, is displayed in color as they make the situations stand out much more.  My favorite image in the book would be the image of the mother bunny posing as the wind and blowing her child, who is a sailboat at this point, towards the destination she desires.

Overall, “The Runaway Bunny” is a cute story about the power of love shared between a parent and their child that many children will enjoy for many years!  I would recommend this book to children ages four and up, even though the stalker implications of the mother bunny might unsettle some readers.