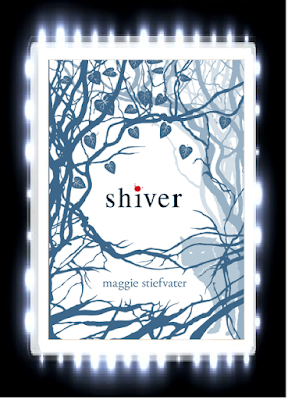 Series: The Wolves of Mercy Falls #1

Oh man! I really wanted to give this book six stars instead of five stars because this book is just so brilliantly written and full of romance that make any romance fan go head over heels with this book! But I guess I will settle with a five star rating for now… “Shiver” is the first book in Maggie Stiefvater’s Mercy Falls series and this book has enough action and love making scenes that will have you all breathless with anticipation!

Grace had spent her time watching the various wolves that come out of the woods, after she was bitten by a wolf a few years ago. However, when one of the students at her school go missing, the townspeople suspected that the wolves have something to do with it and they all tried to go out and kill the wolves. But, Grace will not let that happen since she cares so much for the wolves and after she manages to stop the hunting of the wolves, she meets an injured wolf and she realizes that the injured wolf was a teenage boy named Sam and once Grace discovers Sam’s secret, she tries to do everything in her power to help Sam stay human while sorting out her feelings for Sam!

Wow and double wow! Maggie Stiefvater has created a true masterpiece that is all about true werewolf love! When I read this book, it constantly reminds me of Stephenie Meyer’s famous “Twilight” series, except that we see hot werewolf guys in this book instead of hot vampires, which I found to be extremely enjoyable to read about. There were many aspects that I loved about this book and one of the aspects that I really loved about this book was how each chapter of the book was set up to detail the situation from two different point of views, who were Grace and Sam, which means that each chapter will either have Sam or Grace narrating the story from their point of view, which I thought made this book extremely interesting and creative to look at. Another aspect that I loved about this book was the characters, especially Sam and Grace. I loved the fact that Grace is shown to be an independent and enthusiastic teenage girl who was willing to put her life on the line in order to save Sam, the love of her life and although there were times where I knew more about Sam’s side of the story rather than Grace’s side of the story, I still really enjoyed Grace’s spirit throughout this book. Sam on the other hand, may come off as being too somber for his own good, but that is own to the fact that he really wants to be human instead of a werewolf and he is possibly the sweetest and hottest werewolf character to ever grace upon the world of paranormal romance. What I really loved the most about this book was that over ninety percent of this book was spent in Sam and Grace’s romance with each other as there are a bunch of sweet kisses and sensual hugging (though not in a R-rated way) that made this book somewhat cute yet sensual at the same time!

All in all, “Shiver” is a truly awesome book for werewolf loves everywhere and also is a great book for paranormal romance fans who love action and hot werewolf love!