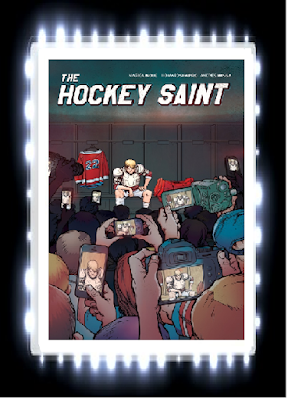 Tom Leonard is back once again as he is now a college sophomore who is a part of the school’s hockey team and he now has a new dilemma to face!  The story starts off with Tom’s parents being killed in a car accident and Tom is still trying to deal with this tragedy.  Also around that time, Tom has been offered a scholarship for his talents in hockey and Tom is striving to get that scholarship as much as possible.  One day however, Tom ends up meeting his favorite hockey player, Jeremiah Jacobson, who is known as the world’s best hockey player.  Tom then quickly becomes good friends with Jeremiah and the two of them started spending a lot of time with each other.  But later on, Tom discovers that Jeremiah has a terrible secret: he is a heavy drinker and a smoker and Jeremiah refuses to acknowledge that he has this problem.

Can Tom help Jeremiah with his drug addiction before it is too late?

Howard Shapiro’s writing:  Howard Shapiro’s writing is as usual a delight to read as the characters are written extremely well and I loved the real-world plot of this volume as it addresses the dangers of drug addiction that has rarely been addressed in many comic books.  I loved the fact that we actually have a comic book that details drug addiction in a realistic way by showing that Jeremiah is in denial about his addiction and how it was difficult at first for Tom and his loved ones to try to get Jeremiah to understand about the severity of his drug addiction. I also loved the way that Howard Shapiro wrote the relationships between the characters, especially between Tom and Jeremiah as I loved the fact that Jeremiah shows Tom that there is more to life than just playing hockey all the time and Tom cares enough for Jeremiah to go out of his way to help out Jeremiah with his drug addiction.

The reason why I took off half a point from this rating was because I felt like the pacing was a bit slow at times, especially at the beginning and I sometimes wished that the plot moved at a much faster pace to get to the main point of the story.

Overall, “The Hockey Saint” was a truly heartwarming and realistic story about drug addiction that anyone who wants to read about the consequences of drug addiction and the importance of true friendship will truly enjoy!