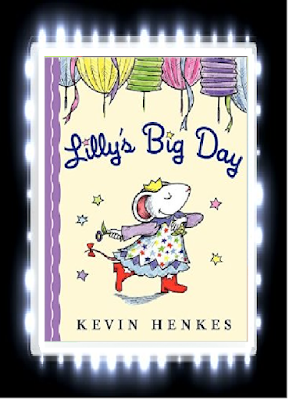 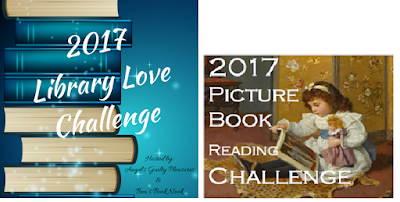 Will Lilly help Ginger get through the wedding and will she still be the center stage of the wedding?

Wow!  You know it has been so long since I had read a “Mouse” book from Kevin Henkes and I have not heard anything about Lilly and her adventures for many years now.  So, imagine my pure delight when I finally sat down and picked up a “Mouse” book that featured Lilly again and I was able to read more of her adventures in this cute and amazing book!   I loved the way that Kevin Henkes made this book seem like a finale to Lilly’s story (although, this might or might not be the final book featuring Lilly since I am not sure if Kevin Henkes is still writing books featuring Lilly) as we get to see Mr. Slinger finally getting married and seeing most of the characters featured in other “Mouse” books such as Chester, Julius and Victor make their appearances in this book.   I also enjoyed the scenes of Lilly imagining herself as the flower girl, even though Mr. Slinger had not said anything about Lilly being a flower girl as it shows that Lilly is in her own little world which was entertaining to watch.  It also shows how some children in real life would occasionally get their expectations for an event a bit too high and not think things completely through once they start imagining themselves in situations that they normally would not be able to participate in.  I also like the fact that Kevin Henkes actually progressed the characters much further in their lives in this book as we get to see Mr. Slinger get married and we see Lilly slightly maturing as a character, despite her need to be a flower girl.  Kevin Henkes’ artwork is as always adorable to look at as the mice characters look so cute and I loved the fact that we get to see these mice characters performing human activities such as planning weddings in a humanized way!  I especially love the appearance of Ginger herself as she is possibly the cutest character in the story with her pink dress and her small smile that shows up on each page!

Overall, “Lilly’s Big Day” is a truly fantastic book in Kevin Henkes’ famous “Mouse” series and I hope to read more from Kevin Henkes “Mouse” series in the near future!  I would recommend this book to children ages four and up since there is nothing inappropriate in this book, unless parents think that Lilly’s bratty behavior might be a bit troublesome for smaller children.