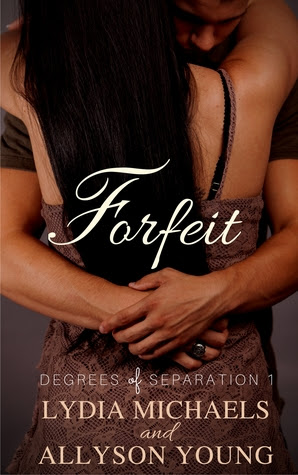 
The debut novel of a masterfully emotional, high stakes trilogy that will have readers forfeiting tradition to gamble with love…


December and Austin have a traditional, storybook marriage complete with defined roles. Married young, they’ve shared nearly a decade of passion and love. December’s submissive nature is perfectly suited for her husband’s authoritative, yet adoring personality and he seamlessly holds the indisputable role of head of the household.
But Austin harbors secrets, and the pressure of losing his job makes those festering skeletons impossible to ignore.


Turning to alcohol instead of his wife, Austin finally drives December into the arms of their closest friend, Cord, despite her intense loyalty. Cord has loved December since the day they met. His moral compass is challenged and lines are blurred when Austin steps aside and insists Cord take his place.


Forfeiting all, Austin must face a harsh truth. Take control of his life, or forever lose the woman he loves.

WARNING: This book contains subject matter suitable for mature reading audiences. Some content may be offensive to sensitive readers. Degrees of Separation is a ménage trilogy with many emotionally graphic encounters and challenging situations that break the rules of traditional romance. 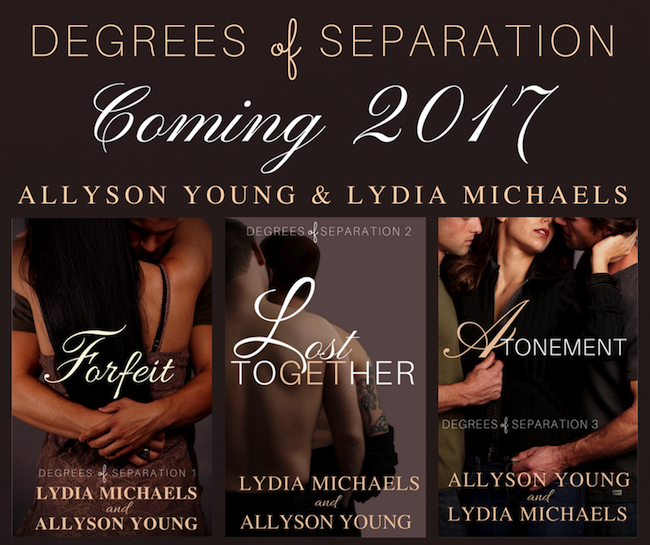 She’d kept their home with equal pride, in a dated dynamic they both revered because it worked—until he lost his job.

With a shudder, she faced the present. Now Austin did nothing. No longer did she need to worry about being available to him, because he showed no interest in her, sexually or otherwise, not even in regard to her safety.

Something neglected and desolate snapped inside of her. Pressure built behind her eyes. The weight on her shoulders transcended to pressure in her chest. Unable to hold it all inside, she burst into tears.

“Hey, hey, hey, why are you crying? Shit.” Cord stood, clearly uncomfortable with her show of emotion. “Is it your head?”

He paced, searching for something in the kitchen, clattering objects across the counter, and returning with a paper towel and his keys. “I’ll take you to the clinic. Here, blow your nose. Stuff’s dripping out.”

She snagged the rough paper and blew. “I’m sorry,” she sobbed. “It’s just… He… The car… How many beer cans will I clean up tomorrow? It’s so quiet all the time. Mrs. Fields is a bitch! We have no fuel! The wood doesn’t burn right, because we used up all our seasoned supply. My toes are always fucking numb! And now my tires are bald…” The last of her tirade came out in a wail.

As she blubbered, muttering half thoughts and nonsense an outsider wouldn’t understand, she struggled to get her emotions under control. Reeling in her hiccups and sobs, she apologized for her outburst as Cord’s face morphed into utter panic.

She wiped her sleeve under her nose and sniffled. She was tougher than this and it surely was not the time or the place for a breakdown.

When she focused on his expression again, a wet laugh squeaked out. Poor guy. His eyes were wide with horror. She sniffed and repeated her apology, “Sorry. I’m just a little overwhelmed.”

Unblinking, he watched her cautiously. “Was that some sort of female exorcism? I didn’t understand a word you said, but you should know that’s my last napkin. After that, all I can offer you is a coffee filter.” 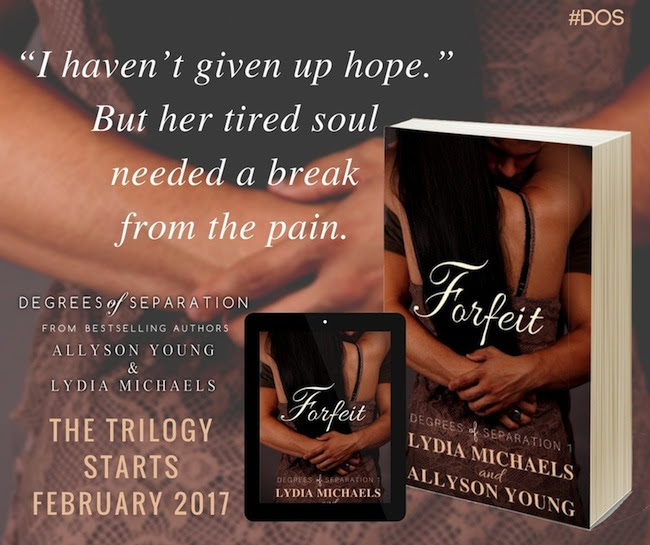 Lydia Michaels is the award winning author of 30 romance novels. Her novels from the darkly compelling Surrender Trilogy were iBooks Bestsellers and her work has been featured in USA Today. In 2015 she was the winner of The Best of Bucks Award and she has been nominated as Best Author in the Happenings Magazine two years running [2015 & 2016]. She is a four time nominee for the prestigious RONE Award. Her books are intellectual, emotional, haunting, always centered around love.