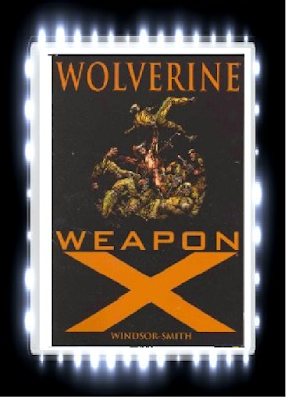 Ever since I heard so much about Wolverine’s past in the Weapon X program and how much that played a huge role in the character he has become, I wanted to try and read more on his back story of being apart of Weapon X.  To be honest, “Wolverine: Weapon X” was the first story I have read that details the horrors that Wolverine has to go through when he was apart of the Weapon X program and I must say that I really enjoyed this book much more than I expected!

Basically, this comic details the horrors that Wolverine goes through when he is abducted by scientists working on Weapon X and some of the horrors that Wolverine faces is that he has to go through the terrible experiments that the scientists put him through such as having him kill animals like wolves and bears and attaching his body to so many cords from machines.  One day however, Wolverine escapes the program and causes massive mayhem in the lab!

The story itself: Even though this was the first time I have read one of Wolverine’s back stories on his life with Weapon X and there are like millions of other stories that tells Wolverine’s back story with Weapon X, I found Barry Windsor-Smith’s interpretation on Wolverine’s back story to be extremely interesting and intense.  Even though the story is told more from the Professor’s point of view than from Wolverine’s, it was shocking and intense to see Wolverine being treated like a lab animal just so the Weapon X program could turn Wolverine into their own personal soldier.  I also loved the way that Barry Windsor-Smith made this story just as effective by not having any kind of narration in this comic to explain the story and instead tells this story by showing the readers the tortures that Wolverine has to go through when he was being held as an experiment for Weapon X and I also loved the way that Barry Windsor-Smith basically had the characters tell the story through their interactions with each other such as the Professor discussing the procedures of experimenting on Wolverine to his employees.  I also loved the way that Barry Windsor-Smith gave a frightening and intense tone to this story since Wolverine’s experiences with Weapon X are so terrifying that this actually reads out more like a horror story than an actual “X-Men” story.

Barry Windsor-Smith’s artwork: Barry Windsor-Smith’s artwork on this story was extremely dazzling and intense.  I loved the intense artwork on the scenes where Wolverine is being experimented on since so much detail is put into the scenes.  I will admit that I am a huge fan of images that has blood and gore in it. I know that sounds a little gross, but Barry Windsor-Smith put so much detail into the gory scenes that I found myself being more drawn into the story because of that. Some of the gory scenes in this book that stood out for me were of the scenes where wires and needles are being stuck through Wolverine and the scenes where Wolverine’s claws shoot out of his hands and you can see blood spurting out his hands as the claws come out.

This story is really gory and frightening because it details the torture that Wolverine has to go through when he was being experiment on by the scientists working on Weapon X. There are so many gory images of Wolverine being experimented on that might make anyone who does not like gory images cringe such as the images of Wolverine fighting off animals and human beings and some images have shown Wolverine’s victims having their ribs being shown after they are killed by Wolverine.  Also, the last few images in this story might be a tad bit disturbing since it turns into a nightmare when Wolverine is loose in the lab.  There were also some confusing scenes for me that I had to really read the text closely to understand it and that was mainly towards the end of the story.  I will not tell what happens at the end of the story since it might spoil the story, but it had that “things are not what they seem” vibe at the end that sort of confused me.

Overall, “Wolverine: Weapon X” was an enjoyable read for me because it actually detailed the horrors that Wolverine faced in Weapon X in such vivid detail that I found myself really sympathizing with Wolverine as he was forcefully thrown into this predicament and I was horrified at the things that the people at Weapon X did to him, making this one of the most disturbing reads from the “X-Men” series I have ever came across.