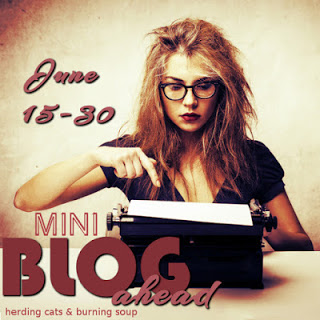 Well, even though I wasn't able to reach 30 posts like I wanted to, I still managed to get 15 posts completed!!!  Impressive since I had computer issues during this whole challenge and I'm so happy that I've managed to reach 15 posts anyway despite the computer issues!