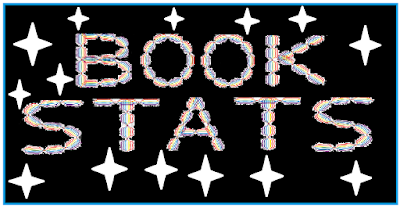 Hey everyone! Finally!  It's mid year and that means that I will gather up all the books I had read so far and do some stats and review what I've read so far!  I also promised that I will be doing graphs for my book stats and I had used the graph makers from the NCES Kids' Zone website to make the graphs!  So, here are my book stats for the mid year so far: 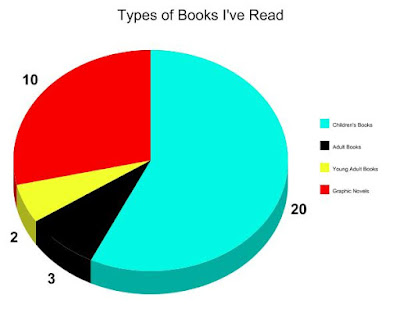 So, I've read mostly Children's Books so far, which is something I tend to do every year and so far, most of the children's books I've read are pretty good!  In second place, there's Graphic Novels which is another area I tend to read a lot and I'm hoping to read some more graphic novels in later months!  Unfortunately, I still haven't read many Adult and Young Adult Books even though I'm making some progress with them this year and I'm hoping to read more adult and young adult books in the following months. 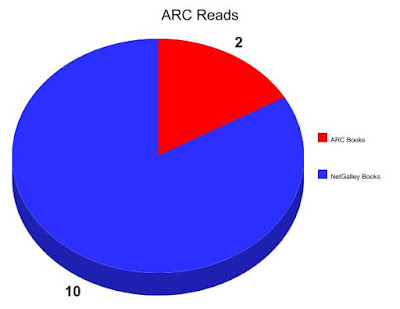 I've mostly read NetGalley Books since I've been using NetGalley since last year and that seems to be the ARC program I'm the most successful with so far due to lots of graphic novels and picture books being released through this site.  I've also made some progress with ARC Books that were given to me by various authors and publishers.  It's just that I just now got around to reading these ARCs and this year, I'm going to try to improve on responding to author's and publisher's requests for me to review their books!  I haven't listed Reading Alley or any other ARC programs I had recently joined because I hadn't made any progress with them yet and I'm going to try to reach those programs as well! 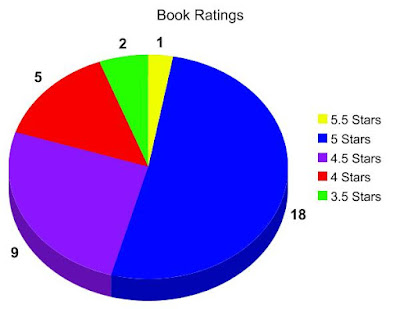 YAY!!! Most of my book reads were 5 Star reads, which is awesome, meaning that most of the books I've been reading so far are pretty good!  Second place is surprisingly 4.5 Star reads, which rarely happens whenever I'm reading books since I usually settle on 4 star or 3 star reads, so that's quite impressive!  The least star rating I have so far this year is a 3.5 Star rating and yet, I have a bit more books from that rating than for the 5.5 Star rating, which is above a 5 star rating. 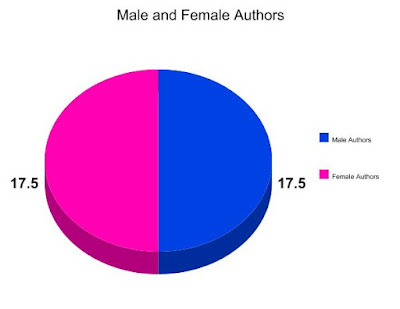 WOO HOO!!! This is amazing!!! I never would have thought that I would have a tie between both Male and Female Authors!  I'm hoping to keep this up for the remainder of the year since I always try to read books by both male and female authors! 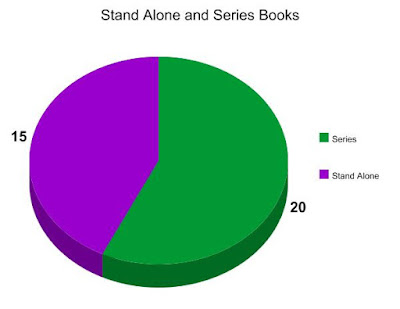 I'm not that surprised that I've read more Series books than Stand Alone books since I'm always a sucker for books that are in a series and I always loved reading the different stories being told in a series!


Well, that's my results for the mid year so far!  So far, everything's looking pretty good with my reading and I'm hoping to read some more great books in the second half of the year!
Posted by Ronyell (a.k.a. Rabbitearsblog) at 10:48 AM