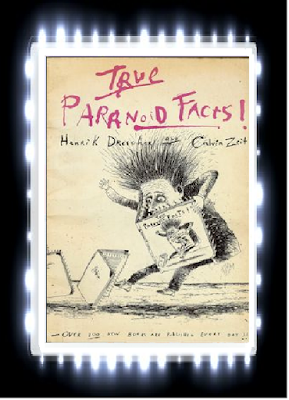 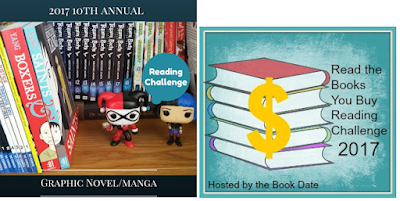 I must admit that I was on a shopping spree on Amazon for books that were obscure and out of print and I happened to stumble upon this really obscure book called “True Paranoid Facts!”  “True Paranoid Facts!” is a factual book that was written by Calvin Zeit along with artwork by Henrik Drescher and the only reason I bought this book in the first place was because of Henrik Drescher’s artwork and I actually found this book to be quite an interesting read!

Basically, this book is filled with facts that deal with wars, historical figures and nuclear weapons that were relevant during the 1980s and these facts include:

“Most wars in history have been fought over RELIGION!”

“Valley of the Dolls is the best-selling novel in the history of the world!”

“YOU are your own worst enemy!”

“Love is never having to say you’re sorry.”

Calvin Zeit has done a great job at detailing various facts that were relevant during the 1980s and compiling them into this graphic novel that is more aimed towards adults than anything, especially if you have knowledge about the Cold War paranoia going on during the 1980s.  I like the fact that Calvin Zeit provided some source notes at the end of the book that details where he researched the facts in this book as I wanted to know where these facts had stemmed from and how authentic they were during the 1980s.  There were also some facts that I found surprising as I did not know about some of these facts until I read this book such as “Valley of the Dolls” being the best-selling novel in the history of the world or that Nancy Reagan is more popular than Mother Teresa.  Henrik Drescher’s artwork is as usual humorous and bizarre to look at as the artwork is mostly rendered in black and white colorings and the characters shown in this book are exaggerated beyond comprehension.  One of my most favorite images in this book is the image of the food coming after a man as the facts state about how some foods contain dangerous and poisonous chemicals that could kill a human being and the image of the food coming alive really reinforces that fact.

The reason why I gave this book a four-star rating was because I felt that the information in this book were a bit outdated.  Of course, since this was written during the 1980s, this cannot be helped, although it still bothered me a bit when I look at information like “Valley of the Dolls” is the best-selling novel in the world and you look at the current best-selling books and that fact has changed dramatically over the years.  Also, just because the cover of this book looks extremely humorous, does not mean that this book is for younger readers.  This book contains lots of violence and nudity and that might make some readers uncomfortable if they do not like such elements in a story.

Overall, “True Paranoid Facts!” is an interesting book if you are looking to see what kind of facts about war, nuclear weapons and historical figures were relevant during the 1980s.  I would recommend this book to fans of books that deal with the society of the 1980s!