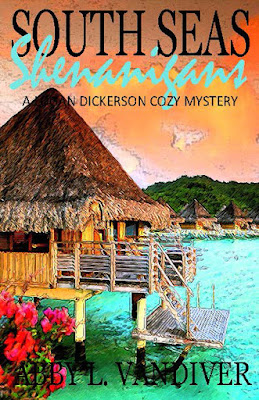 Fans of this series have enjoyed the unusual, rarely heard causes of death that only Miss Vivee and her new husband can recognize and this one doesn’t disappoint! Sail away with amateur sleuths, Logan, Miss Vivee and Mac as they vacation in Fiji where they suffer the shenanigans of a prankster, dance the Meke, and solve an untimely death. Oh, wait! Did I say “a” death? Make that two!

Additionally, Abby is offering a boxed set the first three books in the series. Both South Seas Shenanigans and the Logan Dickerson Cozy Mystery Boxed Set are to be released March 29, 2017. Meanwhile, Abby had only planned to write one more book in the series, but she listened to her fans and has decided to continue writing the series a little longer. Check out her website for more information. 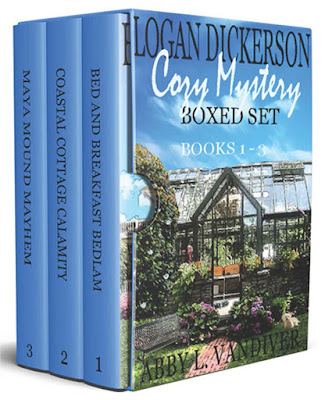 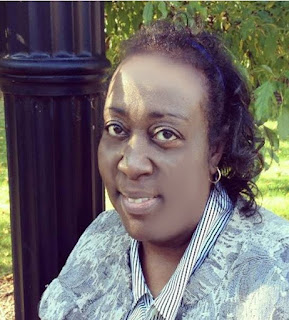 Through her various occupations, Abby discovered her love of writing. She'd always been told she had a gift for telling stories, combining the two, she became an author.

Her debut novel, the mystery/sci-fi, In the Beginning, Book I in the Mars Origin "I" Series was an Amazon #1 bestseller. It was written on a whim, packed away, and rediscovered some twelve years later. After publishing it in 2013, Abby decided to make writing a full-time endeavor. She's penned a slew of novels since then and has even more in her head. Although she writes mostly mystery, she has co-authored a historical/women's fiction novel with author and friend, Kathryn Dionne, under the pen name Kathryn Longino. Currently she is working on several cozy mystery series, including the Logan Dickerson Cozy Mystery Series which was an Amazon #1 International Best Seller and soon-to-be released Normal Junction Paranormal Cozy Mystery Series.

A former lawyer and college professor, Abby has a bachelor's degree in Economics, a master's in Public Administration, and a Juris Doctor. A lifetime resident of Cleveland, Ohio, Abby spends all of her time writing and enjoying her wonderful grandchildren.