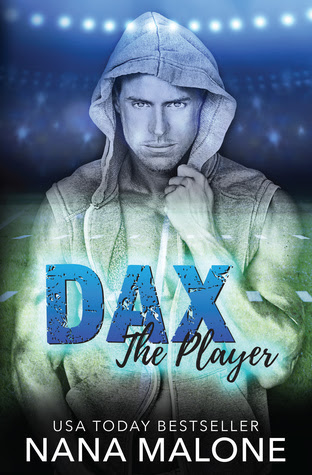 
Forget prodigal son, forget black sheep. Most of the Coulter family would just as soon disown Dax for his bad boy,


womanizing ways. But, with his career in jeopardy and the Coulter legacy on the line, he needs to turn it all around. Too bad the one person who can help him, has legs for miles and curves for days…and is his best friend’s little sister. For once he can focus on the game and not on her body right?


Asha Wix is used to following all the rules. And with a family like hers that isn’t easy.


She’s learned that to be seen and have merit, she needs to eat, breathe, sleep football.


When she’s given the chance to change the reputation of league bad boy, Dax Coulter, she sees a chance to shine. Too bad, the sexy bad boy has her thinking about breaking all the rules and doing something a lot naughtier than sleeping football. 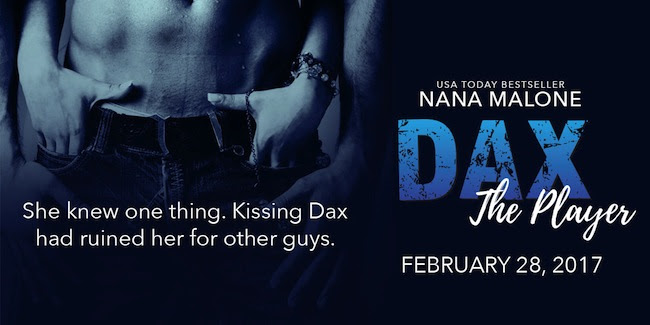 The awkwardness stretched between them until Asha couldn’t stand it anymore.

“Well, goodnight then. I’ll see you around at work, I’m sure.”

“I’ll walk you out and get you a car out the back.”

He shook his head, cutting her off. “You were seen with me out front. The paparazzi will be waiting.”

Dax ushered Asha to the back of the bar. As they shuffled through the crowd, the only thing she could feel was the warm press of his hand on her back as he guided her. Currents of electricity spread from that spot on her back to the rest of her body.

Holy hell, this was all kinds of inconvenient. Inconvenient is an understatement, honey. Her body was responding to him in a way that she’d never felt before, and it was more than inconvenient. More like a disaster. She’d felt the pull of attraction earlier today, and naïvely, she thought she’d be able to ignore it. Shove it under the rug. No such luck.

Dax was a professional athlete. That meant he went through women like Kleenex. And an uptight virgin was not going to get his attention for very long. Not like she’d intended to still be a virgin at twenty.

Okay, so maybe she hadn’t really done anything about that fact, either. She figured it would happen someday. But someday got replaced with studying, and doing everything in her power to gain her father’s love. She hadn’t really had time for boys.

Oh, and her brother was Damon Wix, so most guys avoided her, for fear he’d annihilate them.
At the back door, Dax spoke to one of the security guards, who then nodded and went outside.

“They’ll get you a cab, and let you know when it’s here.”

She blinked up at him and cleared her throat. “Thank you. You didn’t have to do the knight-in-shining-armor thing, but it’s appreciated.”

“Well, you were my dat—uh, meeting, person, thing, so…uh…” He sighed. “You came with me, so I’m making sure you get home safe. Look at me being the good guy.”

And just as soon as the sincerity was there, it was quickly driven out. Not to worry; now that she knew it was there, lurking under the surface, she knew she could get it back.

Luckily, the hallway wasn’t as crowded as the VIP area or the main club, but a mix of busboys, security, and wait staff ran back and forth at a quick clip. One of them bumped her, shoving her into Dax’s big body. Thanks to his quick reflexes, he steadied her in an instant, only for her to realize that her body was pressed against his like a plaster mold.

Dax stared down at her, his eyes going darker. More focused. His lips parted, and Asha couldn’t control the wild swing of her erratic heartbeat. Low in her belly, something hot and slick pulled at her, making her want…things. Things with him. Things she had no business wanting. Her nipples pebbled to hard peaks against his chest, as she fought for breath.

Luckily, she wasn’t the only one affected. Even as his pupils dilated, his breath came out in choppy spurts. When he finally spoke, his voice was low, rough. “Asha—” It was part question, part, I’m going to do very dirty things to you. Or, maybe that was just in her head.

He leaned his head down, and for a moment, Asha dared to breathe, dared to hope—

“Hey, Coulter, got that cab for you.”

In a flash, Dax set her away from him, and Asha’s head swam as she tried to focus. He licked his lips and took a very deliberate step back. “Let’s get you safely in a cab, yeah?”

Even as he shut the cab door behind her, Asha couldn’t help but wonder, what the fuck had just happened? 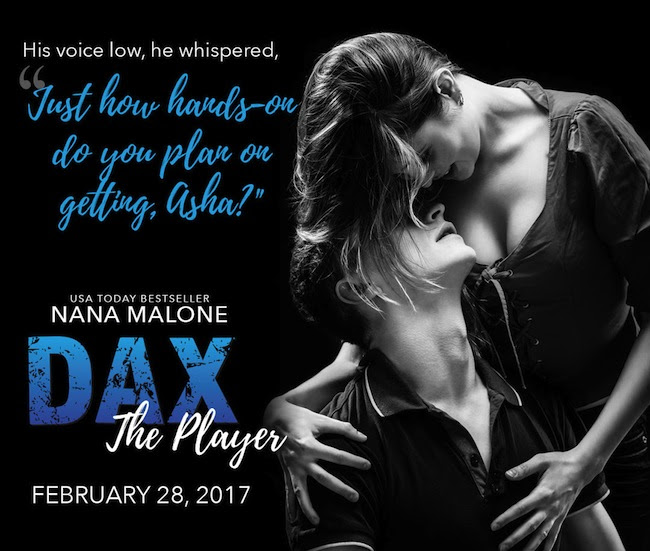 USA Today Best Seller, Nana Malone's love of all things romance and adventure started with a tattered romantic suspense she "borrowed" from her cousin.


It was a sultry summer afternoon in Ghana, and Nana was a precocious thirteen. She's been in love with kick butt heroines ever since. With her overactive imagination, and channeling her inner Buffy, it was only a matter a time before she started creating her own characters.


While she waits for her chance at a job as a ninja assassin, in the meantime Nana works out her drama, passion and sass with fictional characters every bit as sassy and kick butt as she thinks she is.


Want to know when the next book is coming? Hit up her Newsletter here. You'll only get updated when there is a new release or a special promotion for her Sexy, Sassy Readers. http://eepurl.com/2PeXb