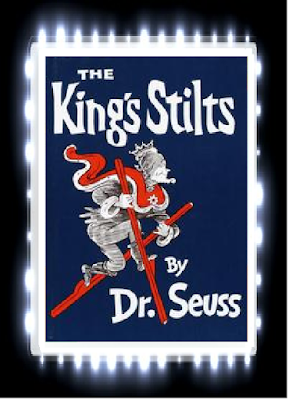 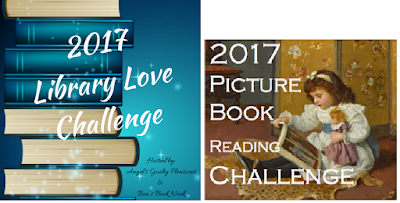 Now, anyone who has been reading Dr. Seuss’ books are probably more familiar with his books “The Cat in the Hat,” “How the Grinch Stole Christmas” and “The Lorax.”  But, did you know that Dr. Seuss had created some earlier books that dealt with the days of old where kings and kingdoms still existed?  Well, “The King’s Stilts” by Dr. Seuss is such a book and it was a truly wonderful experience to behold!

Once upon a time, there lived a King named King Birtram who ruled the kingdom of Binn.  Every day, the King would sign important papers of state, while taking a bath and his page boy Eric would hold up the papers while his other servant Lord Droon would give the King the papers to sign.  But, probably the most important duty that the King has to do is to take care of a group of cats called the Patrol Cats, who protect the Kingdom of Binn from a group birds called Nizzards.  The reason why the Patrol Cats are needed to protect the kingdom is because the kingdom is surrounded by the sea and only a set of trees that surround the kingdom called the Dike Trees can prevent the sea from flooding the kingdom.  Unfortunately, the Nizzards are constantly pecking at the roots of the Dike Trees and the Patrol Cats have to chase them away.  After the King finishes all the hard work he has to do for the kingdom, he takes a well-earned break by playing with his trusty stilts and everyone in the kingdom like the fact that the King is able to take some time off from his work.  Unfortunately, the only person in the kingdom who does not like the King having fun on his stilts is Lord Droon since he believes that the King should never have any fun and he goes to the King’s private quarters and steals his stilts and forced Eric to dig up the stilts near the sea.  Now with the stilts gone, the King became depressed and neglected his duties for the kingdom. This caused the Patrol Cats to get fat and lazy and they could not chase away the Nizzards, who started pecking away at the trees.   Only Eric the Page Boy knows about the stilts, but Lord Droon threatened Eric to not tell the King about the stilts.

Will Eric be able to get the stilts back to the king before it is too late for the Kingdom of Binn?

You know, even though I had read some Dr. Seuss books that were pretty dark in tone such as the “Bartholomew” books, “The Lorax” and “The Butter Battle Book,” it was still surprising to see another early Dr. Seuss book that takes place during the medieval times while still having dark situations happen to the characters.  I like the way that Dr. Seuss wrote this story, as it was quite unique from most of his other works as the story is not told in Dr. Seuss’ usual cheerful rhyming scheme, but told in a straightforward narrative, which makes the story much more serious to read through.  I also like the theme that Dr. Seuss presents in the story about how it is important to take a break once in a while after working hard and the fact that the King can function in his work activities extremely well after he goes out for a spin on his stilts really reinforce this idea.  I like the fact that the King has a pretty good relationship with Eric the page boy, even though I would have liked to see more scenes of Eric and the King together to get a full grasp on their relationship with each other.  Dr. Seuss’ artwork is as usual, highly creative to look at as the artwork is mostly presented in black and white colors, but there are certain objects in the artwork that are colored in red to show their significance to the story, such as the King’s cape and stilts, Eric the Page Boy’s pants and the Patrol Cats’ badges.

Parents should know that unlike most of Dr. Seuss’ later works, the tone of this story is much darker as the scenes where the Kingdom of Binn is in danger of being flooded by the sea because of the Nizzard birds nibbling on the dike trees might scare some small children.

Overall, “The King’s Stilts” is a truly remarkable read from Dr. Seuss’ earlier works and one I would definitely recommend you check out!  I would recommend this book to children ages five and up since the intense scenes involving the Nizzards would scare some smaller children.