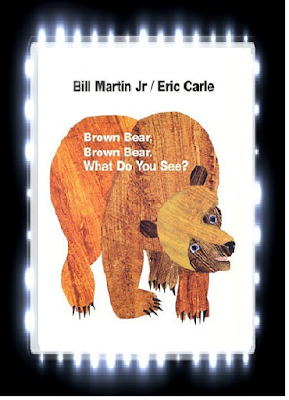 I have been an avid fan of Eric Carle’s works, especially of his well-known children’s book “The Very Hungry Caterpillar” and one of the books that Eric Carle had worked on that I did not get the chance to read when I was little was “Brown Bear, Brown Bear, What Do You See?” which was also written by Bill Martin Jr.  All in all, this was one children’s book that children should definitely check out!

Since this story is extremely short, the summary will be brief.

Basically, the plot of this book is about the reader seeing various animals comment on what other beings they are looking at that precise moment, while each animal states a variation of this quote:

“Brown Bear, Brown Bear,
What do you see?
I see a red bird looking at me.

Red Bird, Red Bird,
What do you see?
I see a yellow duck looking at me.”

Wow!  I cannot believe that I waited this long to finally pick up this popular children’s book and it was definitely worth reading in the end!  I loved the simplistic style that Bill Martin Jr. brought to this book as the plot is basically having readers see various animals in different colors popping up in the book and commenting on other animals they have seen.  I loved the fact that each animal is a different color such as having a blue horse and a purple cat as it brings a unique spin to the storytelling of this book and I was quietly anticipating seeing what kind of animals we will see pop up in this book.  Eric Carle’s artwork is as always, a delight to look at as all the characters are rendered in paper cut outs which gives the book a creative look and I really loved the images of the different animals that show up in this book, such as the purple cat and the blue horse!

Even though there is nothing wrong with this book, I have to wonder why it was banned in the first place?  Well, it turns out that when it was banned, the person who banned the book made a mistake regarding the author of this book, who is Bill Martin Jr. and the person thought that it was the same Bill Martin who wrote the book “Ethical Marxism: The Categorical Imperative of Liberation.”  Now, I have never read any of the “other” Bill Martin’s books, but this was the first instance where a book was mistakenly banned for the wrong reasons and that got me curious yet annoyed.

Overall, “Brown Bear, Brown Bear, What Do You See?” is a truly cute book for children who want to have fun with identifying animals and colors all wrapped up into one book!  I would recommend this book to children ages three and up since there is nothing inappropriate in this book. 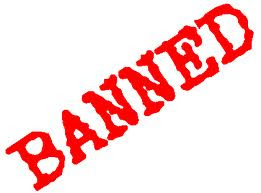 REASON FOR BEING BANNED:  Was banned by the State Board of Education in Texas due to a board member accidentally mixing up the book's author Bill Martin Jr. with another author named Bill Martin who wrote "Ethical Marxism: The Categorical Imperative of Liberation."