Top Ten Tuesday #50: Top 10 Things That Will Make Me Instantly Not Want to Read a Book 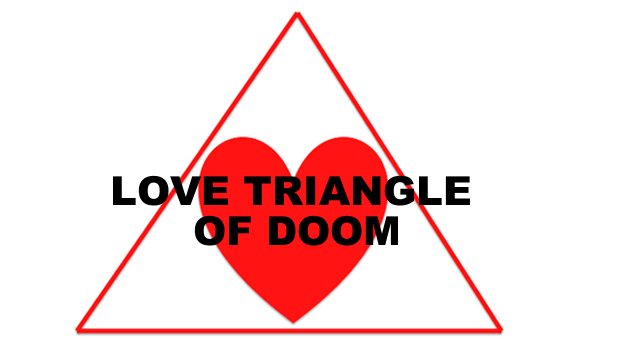 Ughhh....why does it have to be LOVE TRIANGLES?  I usually can't stand love triangles, especially when they cause so much UNNEEDED DRAMA for the main characters!  Can't we just have a romance novel where only ONE love interest exists?

Okay, so let's touch base here on what are my trigger warnings:  RAPE, CHILD ABUSE and ANIMAL ABUSE.  I can't stand it when these themes are introduced into a book (unless they are handled very effectively) since it makes me uncomfortable to the 11th degree, so I probably won't be checking out any books that deal with these subjects.

Okay, so I'm looking at a brief summary of a book that I might be interested in and all of a sudden, almost 90% of the plot is already mentioned in the synopsis!  So, what will happen?  Well, I guess I'll have to SHOOT that book down because the whole story from the book is already SPOILED!  Thanks a lot SPOILER SYNOPSIS!!!

Usually, I'm alright with books that tackle tough subjects like racism, sexism and drugs.  But, if a book is just made to offend almost ANYBODY without a logical reason other than just spewing HATEFUL things about that race, religion or person, then *POOF* that book is gone from my list!

Okay, so I'm usually not one of those people who completely listen to what the MASS AUDIENCE has to say about a book, but if I see that a PARTICULAR book has nothing but negative ratings and reviews, then I'm most likely not going to pick that book up.

Seriously, a book has to be WELL WRITTEN and MAKE SOME SENSE in order for me to fully enjoy it.  If a book is written terribly or it doesn't make a bit of sense, then I definitely won't be reading that book!

Now, there's a difference between HIGHLY CREATIVE artwork and UGLY artwork and of course, it's going to be the UGLY artwork that would turn me off from the book because I'm either getting frustrated with trying to understand the artwork or I'm throwing up my guts out because I would get disgusted by the UGLY ARTWORK!

I LOATHE reading books about cheating since it ends up making me hate the characters who feel like it's a good thing to cheat on someone just for KICKS!

I HAVE to LIKE a character to enjoy the book I am reading.  So, if the character is too unlikable to me and does things that I don't agree with, then I definitely won't be picking up that book!