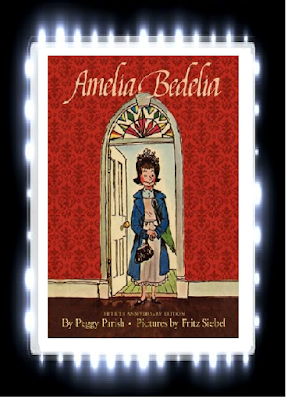 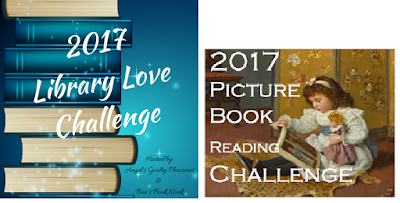 “Change the towels in the green bathroom.”

Sounds simple enough, except that Amelia thought that Mrs. Rogers had meant changing the designs of the towels and Amelia ended up cutting the towels into odd shapes.  Next, Mrs. Rogers asked Amelia to:

Instead, Amelia Bedelia took some dusting powder from the bathroom and dusted the furniture with it.

How much more damage will Amelia Bedelia cause in the Rogers’ household?

I cannot believe that I waited until just recently to actually check out the very first book that jumpstarted the fantastic “Amelia Bedelia” series!  I was quite impressed with how simple yet hilarious this story was and it is clear to see why the “Amelia Bedelia” series remained to be well -loved by children all over the world!  Peggy Parish did a great job at writing Amelia Bedelia’s character as Amelia Bedelia remains to be a charming and likable character who usually takes things extremely literally and the fun in the story is seeing Amelia Bedelia do bizarre things with the chores she has to do around the house, such as a simple task of putting out the lights turn into Amelia Bedelia literally putting the lights outside to dry out in the sun.  Fritz Siebel’s artwork is simplistic, yet cute at the same time as Amelia Bedelia is always drawn with an innocent look on her face and is always wearing a black dress with a white apron in front, signifying her status as a maid.  I also loved the way that Fritz Siebel illustrated Amelia’s escapades in the Roger household, especially the scene where Amelia is dressing up the chicken as they were hilarious to look at.  I also like the fact that the colorings are mainly in green and white colors as it makes it truly stand out from other children’s books that usually have black and white colorings in the artwork.

The reason why I took off half a star from the rating was that I felt that the pacing was a bit slow in some places and I sort of wish that they trimmed down the activities that Amelia Bedelia has done around the house just so the pacing would be faster.

Overall, “Amelia Bedelia” is a must read if you want to read about how Amelia Bedelia’s adventures began and if you are a huge fan of the “Amelia Bedelia” book series!  I would recommend this book to children ages five and up since there is nothing inappropriate in this book.