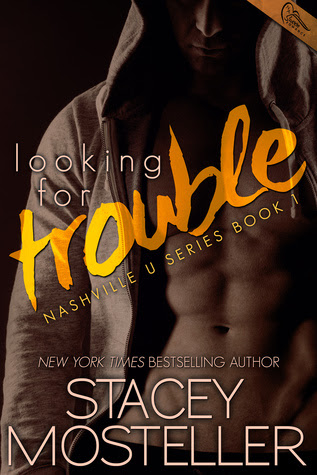 
He’s all dirty jokes and curse words, while she’s quiet and shy. She blends into the background, while he is the center of everyone’s attention.


Clay Mitchell never expected to fall in love. Especially not with a girl he’s known all his life and one who’s always been off-limits.


Opposites might attract, but in this case of explosive chemistry, someone’s heart is bound to be shattered.


As enemies become friends and friends morph into more; Clay has definitely met his match.

“Little brother forgot about you?” Hearing his voice again makes me grit my teeth in annoyance. I stare straight ahead, shoving my phone back into my pocket and crossing my arms over my chest. I refuse to give him any attention after what just happened. When he realizes I’m not going to respond, he sighs. “C’mon, let me give you a ride. Max probably just fell asleep or something.”

He reaches for my elbow, and I jerk out of his reach. “No, that’s okay. I’ll just go back to my room and wait for him. He’ll probably be there by the time I get there.”

Clay makes a noise in his throat, but I’m not sure if he’s agreeing with me or not. “Or, you could just come with me and yell at him sooner.” “You know you want to,” he continues to cajole me. “Just think how bad he’s going to feel knowing you had to bum a ride from me. When you finally forgive him, he’ll be ready to promise you anything. Hell, that assmunch will probably give you his car if you want it.” He bumps shoulders with me, a hopeful grin on his face.

I can’t stop the answering grin that crosses mine. “Please, like anyone would want the Great Pumpkin.” My face flames as soon as the words leave my mouth. I clap my hands over it like it’s enough to bring them back, but it’s too late. Ohmigod! I’ve never told anyone my secret name for Max’s car. He’s going to kill me if he finds out.

Clay doubles over laughing, muttering, “Great Pumpkin. Holy shit, that’s funny. Great Pumpkin!” I’ve never seen him laugh so hard. He’s almost in tears. Once he calms himself down, he looks over at me, a huge smile on his face. “That’s classic. I can’t wait to see his face when I tell him what you call his precious baby.”

“No!” I shriek, dropping my hands from my mouth and holding them out towards him. “Clay. Seriously. You can’t tell him! He’d be so mad. You have to promise. Please! I’ll do anything!” Shit! I didn’t mean to say that.

Clay looks over at me, his grin even wider. I didn’t think it could get bigger than it already was. “Anything? Hmm, that could be interesting.”

He looks like he’s considering his options, so I hurry to clarify, “Anything that isn’t sexual, illegal or immoral.” Clay’s face falls, and swear to God, he pouts.

I roll my eyes. “No, I’m just not stupid and I don’t want to end up expelled or in jail or the health clinic because you gave me the Clap.”

“The Clap?!” Clay puts a hand over his heart, gasping like he’s wounded. “I can’t believe you’d think that of me, Kitty Kat. I always, always wrap my guy. No STD’s here.” He runs his hand down his stomach, resting it on the button of his jeans as he leers at me. “Don’t be shy, little kitten. If you want to see, you just have to ask.”

Cringing away from him, I make a gagging sound. “You’re such a pig. I wouldn’t touch you if you were the last guy on Earth, and it was up to us to procreate.”

Stacey is the New York Times & USA Today Bestselling Author of Second Chances and Shadows of the Past (co-authored with H.M. Ward), the Nashville Nights, Two Sisters and Nashville U series (coming late 2015 from Swoon Romance).


She is also a wife, mother, writer and self-professed bookwhore – not necessarily in that order! As the mother of three growing boys, her Kindle has become her temporary escape from the insanity of boys, dogs and her husband. Stacey can usually be found curled up with her iPad when she’s supposed to be writing or creating endless Spotify playlists!