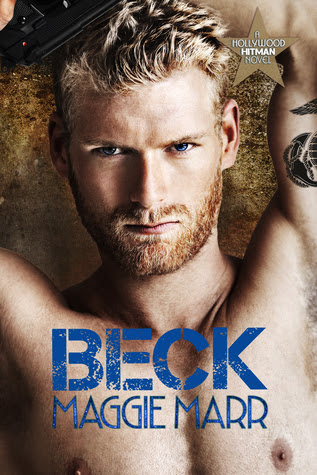 
Natalie Warner can’t ignore the risk any longer. A star on the rise, her latest film is on track to be the biggest box office breaker of the summer but Natalie isn’t safe. Someone is after her. Could it be her angry addict father, or her mother who always wanted to be a star herself? What about her ex-boyfriend who just did time? The Studio refuses to ignore the threat and forces Natalie to take on a bodyguard, but that bodyguard comes in the shape of rugged, irresistible Beck Tatum, because whoever is after Natalie isn’t going to stop until someone makes them.

A question, wrapped in a riddle, Beck Tatum doesn’t know what part of the government he worked for before he lost his memory or what exactly his mission was. He can remember that he loved and that he lost that woman as well as his memories on that final mission. Now with a second chance, he’s assigned to protect a high-value asset. Rich and entitled but yet kind and vulnerable, Natalie Warner isn’t the spoiled rich woman Beck expected. But falling for her would put her life on the line and Beck is’t about to lose anything else.

Beck welcomed darkness. The night was a cloak of anonymity that provided him with a freedom the daylight never did. When he chose to be, Beck was soundless in his movements. Swift and stealthy under the cover of night, he could move before anyone knew of his presence. You didn’t get nineteen confirmed kills without embracing silence.

He entered Natalie’s bedroom. Moonlight glanced through the window and shone on her face. Her dark hair lay like liquid night on a pillow. Those perfect lips barely parted. Her sleep was peaceful. Restful. A thought . . . a memory . . . a moment from before, with Marisol, flashed through Beck’s mind like lightning in a summer sky, then was gone.

Natalie was tough. She might appear like a sexy girly-girl, but with all the treachery she’d endured from her family and friends, she’d developed a thick hide to survive and thrive.

Beck circled the room. Tested the locks on the French doors that led to the balcony. Her room was on the second floor, but if a person was determined they’d find a way to get inside. He scanned the bathroom. Pretty damn swank. Next was the walk-in closet, which was bigger than his last apartment and filled with more shit than one of those fancy-ass high-end department stores.

He circled back to the bedroom and stopped beside Natalie’s bed. She had no reason to trust Beck. All the people in her life had failed her when she’d trusted them. Why would she expect anything different from him?

Because Beck wouldn’t fail. Not again. Not this time.

“What are you doing in my room?” 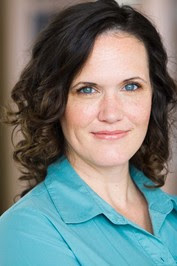 Maggie Marr is the author of contemporary romance and women’s fiction. She writes smart, sexy, women and the men they love. She got her start in Hollywood pushing the mail cart at ICM, but quickly rose through the ranks to become a motion picture literary agent. As well as writing, she maintains a boutique legal practice dedicated to the needs of creatives & entrepreneurs. She is the current President of Los Angeles Romance Authors (LARA) and legal adviser to the Women’s Fiction Writers Association (WFWA). Maggie loves all things pop culture and when she isn’t taking care of her clients or writing she can be found reading, chasing kids, or exercising her rescue pup.