Blog Tour + Book Blitz: This is What Goodbye Looks Like by Olivia Rivers 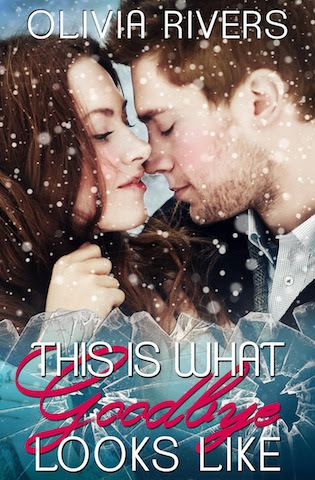 
Lea Holder watched a boy die in the same DUI accident that ruined Lea’s legs and threw her little sister into a coma. As the only eye-witness to the accident, if she tells the truth in court, the drunk driver will go to prison and the dead boy’s family will have justice.


If she had told the truth, Lea would have put her own mom in prison for causing the accident. With the trial over and her mom set free, Lea attempts to rebuild her shattered life as she waits for her little sister to wake from her coma.


When Lea transfers schools, she finds herself in the same senior class as Seth Ashbury, the brother of the boy her mom killed. As Lea gets to know the person buried underneath Seth’s grief, she quickly falls for his quick wit and passionate soul. But Seth remains completely oblivious that Lea is the same girl who robbed his family of justice.
As their relationship deepens, Lea finally gets a taste of the love that’s been missing from her life since the accident. But soon she’s faced with a choice: she can continue her lies and accept the comfort it gives them both. Or she can tell Seth the truth about everything, and risk destroying both her family and her newfound love.

Every reasonable thought in my head disappears at the sound of his voice. It’s slightly different now—deep and strong, instead of choked with grief and dread. But the smooth tone is mostly the same as I remember it, and my gut twists painfully as a new set of footsteps approaches.

A sharp noise breaks through the sudden quiet, and I flinch, thinking for a split second that it’s the sound of tearing metal. But then I realize it’s the bark of a dog, and I squeeze my eyes shut.
I can’t do this. I have to do this, but I can’t do this.

He makes a low, disbelieving noise, something between a scoff and a chuckle. Now he sounds even closer. I take a deep breath and clench my hand tighter around my cane. If I don’t turn around and greet him, it’ll be obvious that I have an issue with him, but I can’t get my body to move.

“Agreed,” he says. “You punctual people get so irritating.”

Hannah tosses a curse at him, but laughs to soften the impact. Then the footsteps stop, and something cold and wet nudges my wrist, right where my mitten ends. At first, I think someone’s pressing snow there, but then I feel a warm tongue lick the same spot.

I jerk back just as I hear Seth say, “Koda! You know I can hear that, you bad girl. No licking.” Then he says to the others, “Who’s she licking? She never does that to you guys.”

“That’s Lea,” Brie says. “She’s the new senior we got. Lea, this is Seth Ashbury. Seth, this is Lea Holder.”

My heart pounds a million beats per minute, and the adrenaline makes me strong enough to peel my eyes open. Looking down, I find myself staring right at Seth’s seeing eye dog. She looks just like she did at the trial, a regal German Shepherd mix with a glossy coat and wagging tail.

The dog nudges at me again with her nose, clearly expecting me to pet her. But instead I focus on the light-weight vest strapped to her back, letting my eyes follow the slim handle attached to it until I find myself staring at the guy gripping it.

Seth Ashbury stands right there, right in front of me. He also looks the same as he did during the trial—tall with lithe muscle, shaggy blond hair, and tan skin. He’s the spitting image of his older brother, right down to the sharp jawline and the way one side of his mouth lifts slightly higher than the other as he smiles.

A slim pair of sunglasses hides his blind eyes, but I’m betting they’re the same color as his brother’s. Parker’s eyes were shockingly blue, like a tropical sea, and their bright color contrasted sickeningly against the blood that dripped down his forehead after the accident.

I’m frozen. Maddie and Hannah giggle, probably thinking I’ve been stunned by Seth’s good looks. I’m sure any normal girl would consider him gorgeous, but I haven’t been normal in months, and nothing about Seth is beautiful to me. He’s just a reminder of crunching metal and squealing tires and my sister’s scream, her scream that seemed to echo and never, never, never end…

“Hey,” Seth says, holding out a hand in my general direction. “Nice to meet you.”

This is the part where I need to slap on a smile, recover from my brief awkwardness, and let myself go into robot mode. Shut down my emotions, boot up automatic functions. I reach my hand forward a little, and for a single moment, I think I’m going to pull this off.

But then I notice the slim chain around his neck, the one that has a small, silver medallion dangling from the end. The same medallion his brother was wearing when he died just feet away from me.

My gut twists, and my hand falls away, and I vomit all over his shoes. 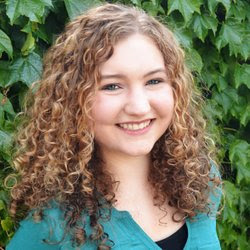 Olivia Rivers is a hybrid author of Young Adult fiction. Her works include the independently published novels “This is What Goodbye Looks Like” and “In the Hope of Memories,” along with the traditionally published novel “Tone Deaf” (Skyhorse 2016.) As a certified geek, she enjoys experimenting with new publishing technologies, and her online serials have received over 1,000,000 hits on Wattpad.com. When Olivia isn’t working as a writer, she’s a typical teen attending college in Northern California. Olivia is represented by Laurie McLean of Fuse Literary, and nothing thrills her more than hearing from readers.