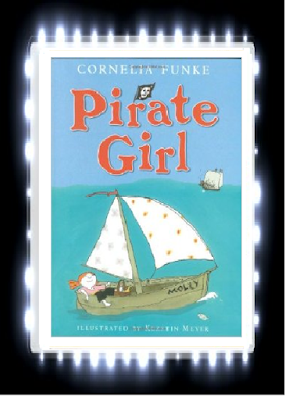 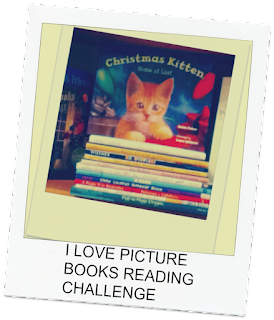 After reading “The Princess Knight” a couple of years ago, I became more interested in reading Cornelia Funke’s works that have strong female protagonists saving the day through their wits.  So, I picked up this interesting book called “Pirate Girl” by Cornelia Funke along with illustrations by Kerstin Meyer that seems right up my alley!

Captain Firebeard was known as the terror of the high seas as everyone ran away in fear from him and his unruly crew of pirates.  One day, however, Captain Firebeard ends up meeting a young girl named Molly who was on her way to visit her grandma.  Captain Firebeard then captures her and tried to get Molly to tell him what her parents’ names and address were, but Molly refused to tell the pirates anything.  So, the pirates decided to make Molly their servant by making her do all the work around the ship until she reveals her parents’ identities.  However, Captain Firebeard will soon learn the hard way that Molly is much smarter and resourceful than she lets on, which could lead to his downfall!

Once again, Cornelia Funke has written a truly inspirational and witty book about strong female protagonists that really made me cheer for the lead character throughout this story!  I loved the way Cornelia Funke has written Molly as being a resourceful and brave little girl as it made her character extremely inspiring and I loved the fact that even though Captain Firebeard threatened her at every turn, she still stood her ground by refusing to tell him about her parents’ names and address, which I found admirable.  Kerstin Meyer’s artwork is cute and simplistic to look at as the pirates truly do look menacing and Molly is drawn in an extremely cute yet tough way as she is shown wearing red pigtails, a pink shirt and black pants which was quite unusual for this type of story.

Parents should know that this story involves a little girl getting kidnapped by pirates and some parents might worry about the idea of a small child getting kidnapped by pirates due to the real world similarities of a young child getting abducted by strangers.  Parents might want to discuss about strangers to their children so that way their children can gain a better understanding on the topic of strangers and kidnapping.

Overall, “Pirate Girl” is a truly fantastic book about standing up for yourself and using your wits to get out of terrible situations.  I would recommend this book to children ages five and up since the kidnapping theme might upset some children.