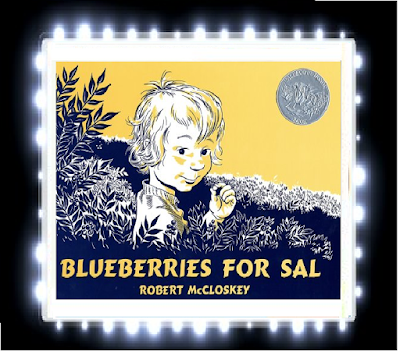 Robert McCloskey has done an amazing job at both writing and illustrating this book.  Robert McCloskey makes this story extremely cute as it strongly relates to the typical child mix-up scenario that some parents have whenever they go on a shopping expedition with their children and their children wandered off and the parent somehow ends up with someone else’s child.  Robert McCloskey’s illustrations are extremely beautiful as the characters look realistic, especially of the images of the bears as they have shiny coats and vivid expressions displayed on their faces whenever they act surprise.  Also, the images are mainly in black and white, which gives this book an old fashioned feel to the story, even though this book was actually made during the late 40s.

“Blueberries for Sal” is a brilliant book for children who are huge fans of books that expressed the typical child mix-up escapade and who also love books done by Robert McCloskey.  I would recommend this book to children ages four and up since there is nothing inappropriate in this book.