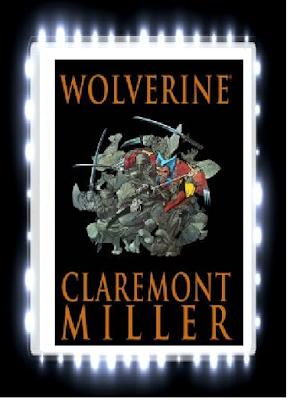 Or at least that is what I think of when I read this story since both main characters (Wolverine and the Bride) had to go to Japan to fight off their rivals.

Wolverine heads off to Japan to find the love of his life, Mariko Yashida, who is the daughter of Lord Shingen who is the Lord of the Clan Yashida, but discovers that his lover has married someone else, which breaks his heart.  Along the way, Wolverine meets up with a mysterious assassin named Yukio who seems to know about Lord Shingen’s plans to take over all of the major crime gangs in Japan.  Wolverine must put a stop to Lord Shingen’s evil plans to rule as the ultimate crime lord of Japan before it is too late!

The premise and Chris Claremont’s writing:  I will admit that when I heard about this graphic novel, I did not know what to expect from another book about Wolverine and I actually thought that we would get another “Wolverine” book that is all about the fighting and Wolverine acting tough.  However, in this graphic novel, what we got was an extremely thought-provoking and heartwarming tale about Wolverine’s romance with Mariko and his inner struggles with dealing with his “animal” side.  I loved the way that Chris Claremont has shown us a more sensitive side to Wolverine as he struggles to get the love of his life back while dealing with the customs of her family, which the importance of honor and pride plays a huge role in his story.  I also loved the intense kung-fu atmosphere of this story as it gave this story a more creative approach to Wolverine’s time in Japan and made the story exciting to read through.  Chris Claremont has done an excellent job at writing this story from Wolverine’s point of view on the situation as we are able to see how Wolverine reacts to the situations he gets involved in Japan whether he is confessing his love for Mariko or fighting ninjas out to get him.  It was also interesting seeing how Wolverine viewed himself and Chris Claremont does a brilliant job at portraying Wolverine’s insecurity about being seen as an animal as he usually uses violence to solve his problems. I really enjoyed the tone shift that Chris Claremont had provided when he introduced the other X-Men (Colossus, Storm, Cyclops, Kitty Pryde and Nightcrawler) in the second story that was apart of "Uncanny X-Men" as Wolverine’s solo series was dark, while the "Uncanny X-Men" storyline was a bit light toned.

Frank Miller and Paul Smith’s artwork:  When I heard that Frank Miller was doing the artwork for this graphic novel, I was actually blown away by this information because before I read this graphic novel, I was reading “Batman: Year One” which was a graphic novel that Frank Miller wrote himself and I was surprised that Frank Miller has actually done some artwork during his time at the comic book industry.  Frank Miller’s artwork was fantastic as they greatly captured the fight scenes in this story.  I loved the colorings that were done whenever the characters were in shadows as there are dark colorings shadowed on the characters’ faces which really gives off a foreboding feel to the situation.  I also loved Frank Miller’s artwork on the fight scenes, especially the scenes where Wolverine is fighting a group of ninjas and the scene where Wolverine is punching the ninjas is effectively done.  In the “Uncanny X-Men” issues of this graphic novel, Paul Smith did a brilliant job at detailing the fight scenes and the characters’ facial expressions and I loved the way that the colorings are much brighter in these issues than in Frank Miller’s artwork in the “Wolverine” issues.

The only problem that some readers might find with this graphic novel is that there is some violence in the fight scenes.  The violence usually has Wolverine cutting into another character and you can see some blood squirt out of the wounds.  Now, the violence is actually pretty low-key here as sometimes the blood is not as realistically shown as it usually is in current comics, but the scenes of Wolverine cutting into people might upset some readers.

Overall, “Wolverine” is definitely one of the best stories dealing with Wolverine and anyone who is a fan of Wolverine or the X-Men in particular; I would HIGHLY RECOMMEND this graphic novel to any comic book fan!