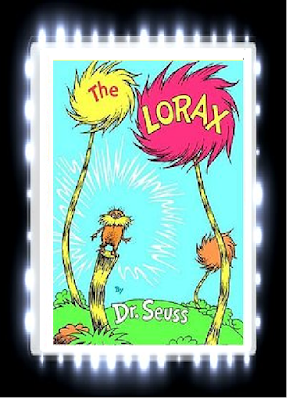 “The Lorax” is one of Dr. Seuss’ most memorable books as it is about the importance of taking care of all of the trees in the world.  “The Lorax” may have some controversial issues, but it is still a great book for both children and adults to treasure for many years.

Dr. Seuss’ story about how chopping down too many trees can destroy the Earth’s environment is truly powerful and moving as it realistically portrays what can happen to the environment when trees are cut down through Dr. Seuss’ childish world.  Dr. Seuss’ illustrations as always are extremely creative and inventive especially when we are first introduced to the land of the Truffula trees, the land is colourful and peaceful looking, but when the once-ler starts cutting down all the Truffula trees, the land looks dark and bleak, representing the pollution that is caused from cutting down the trees.

Parents should know that even though I personally do not see anything wrong with this book, this book was considered extremely controversial due to the fact that many people believed that the book was trying to promote the idea that industrialization is a bad thing.  Personally, I think that this book was just trying to discuss about the issues of environmentalism and that cutting down too many trees can cause pollution on the earth.

“The Lorax” is one of the greatest books about the issues of environmentalism that kids will understand perfectly and will definitely be evolved into one of the greatest cult classics to ever come to the world of children’s books.  I would recommend this book to children ages five and up due to the controversial material about whether or not industrialization is a good or bad thing for the world that small children might not understand. 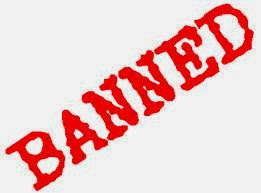 REASON FOR BEING BANNED: For portraying the foresting industry in a negative way and some people felt it persuaded children to be against logging.