Waiting on Wednesday #199: Of Silver and Shadow by Jennifer Gruenke and A Dark and Hollow Star by Ashley Shuttleworth

Of Silver and Shadow
By: Jennifer Gruenke
Expected Publication Date: February 16th, 2021
Buy on:   Amazon
Ren Kolins is a silver wielder—a dangerous thing to be in the kingdom of Erdis, where magic has been outlawed for a century. Ren is just trying to survive, sticking to a life of petty thievery, card games, and pit fighting to get by. But when a wealthy rebel leader discovers her secret, he offers her a fortune to join his revolution. The caveat: she won’t see a single coin until they overthrow the King.Behind the castle walls, a brutal group of warriors known as the King’s Children is engaged in a competition: the first to find the rebel leader will be made King’s Fang, the right hand of the King of Erdis. And Adley Farre is hunting down the rebels one by one, torturing her way to Ren and the rebel leader, and the coveted King’s Fang title.But time is running out for all of them, including the youngest Prince of Erdis, who finds himself pulled into the rebellion. Political tensions have reached a boiling point, and Ren and the rebels must take the throne before war breaks out.
In celebration of Valentine's Day coming up, I decided to focus this "Waiting on Wednesday" post on LGBT romances and the fact that this is a LGBT romance that takes place during a dangerous fantasy setting has me really interested! 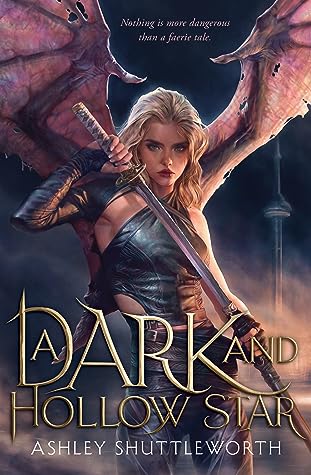 Buy on:  Amazon
Choose your player.The “ironborn” half-fae outcast of her royal fae family.A tempestuous Fury, exiled to earth from the Immortal Realm and hellbent on revenge.A dutiful fae prince, determined to earn his place on the throne.The prince’s brooding guardian, burdened with a terrible secret.For centuries, the Eight Courts of Folk have lived among us, concealed by magic and bound by law to do no harm to humans. This arrangement has long kept peace in the Courts—until a series of gruesome and ritualistic murders rocks the city of Toronto and threatens to expose faeries to the human world.Four queer teens, each who hold a key piece of the truth behind these murders, must form a tenuous alliance in their effort to track down the mysterious killer behind these crimes. If they fail, they risk the destruction of the faerie and human worlds alike. If that’s not bad enough, there’s a war brewing between the Mortal and Immortal Realms, and one of these teens is destined to tip the scales. The only question is: which way?Wish them luck. They’re going to need it.
In celebration of Valentine's Day coming up, I decided to focus this "Waiting on Wednesday" post on LGBT romances and I just loved the fact that this book is focusing on immortal realms and faes!  Definitely worth checking out!