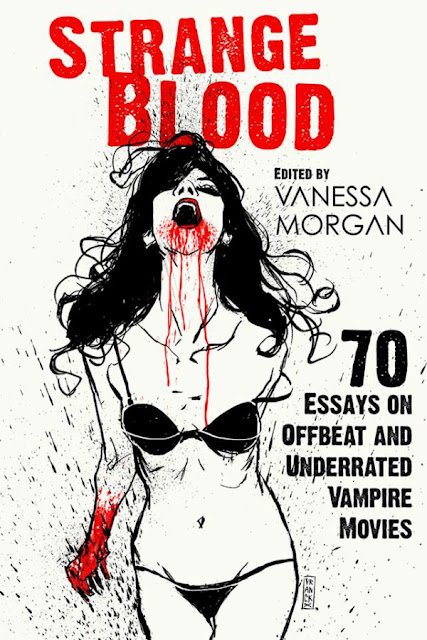 This is an overview of the most offbeat and underrated vampire movies spanning nine decades and 23 countries.

Strange Blood encompasses well-known hits as well as obscurities that differ from your standard fang fare by turning genre conventions on their head. Here, vampires come in the form of cars, pets, aliens, mechanical objects, gorillas, or floating heads. And when they do look like a demonic monster or an aristocratic Count or Countess, they break the mold in terms of imagery, style, or setting.

Leading horror writers, filmmakers, actors, academics, and programmers present their favorite vampire films through in-depth essays, providing background information, analysis, and trivia regarding the various films. Some of these stories are hilarious, some are terrifying, some are touching, and some are just plain weird. Not all of these movies line up with the critical consensus, yet they have one thing in common: they are unlike anything you've ever seen in the world of vampires.

Just when you thought that the children of the night had become a tired trope, it turns out they have quite a diverse inventory after all.

You can download and read the first six chapters of Strange Blood on Amazon. 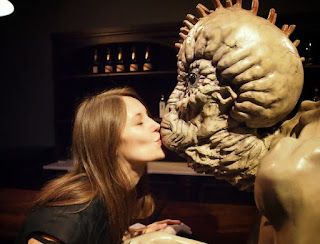 Vanessa Morgan is the editor of When Animals Attack: The 70 Best Horror Movies with Killer Animals, as well as the author of the cat book Avalon, and the supernatural thrillers Drowned Sorrow, The Strangers Outside, A Good Man, and Clowders. Three of her stories have been turned into movies. She has written for a myriad of Belgian magazines and newspapers and introduces films at BIFFF, Razor Reel, and Cinematek. She’s also a programmer and copywriter for the Offscreen Film Festival in Brussels.

Other books by Vanessa Morgan

When Animals Attack: The 70 Best Horror Movies with Killer Animals
Drowned Sorrow
The Strangers Outside
A Good Man
Clowders
Avalon
GPS with Benefits
Next to Her

a Rafflecopter giveaway
Posted by Ronyell (a.k.a. Rabbitearsblog) at 7:17 PM