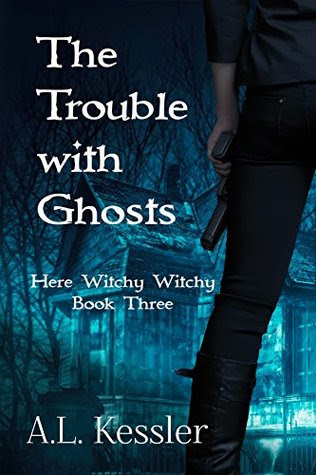 The Trouble With Ghosts


PIB agents Abigail Collins and Nick Averin are rattled when a handful of severed thumbs are found at an abandoned house, but neither of them expected it to link to a decades old murder with strange ties to the paranormal world. When Abby’s greatest enemy seems to be helping her from afar, it’s clear that there’s more to this case than the duo first believed.


Past cases come back to life…


Levi is avoiding questions and being even more vague than normal when a new vampire comes to town claiming to be on the case involving blood starved vampires. It’s a fight against time and lies for the two agents.

“I’ll give you a lift.” Mason glanced at me. “And you can fill me in on everything I’ve missed.”

I nodded. “Deal. I want to walk around the house first and see if I can find anything else that indicates where the basements or the entrances were.” I looked at the crumpled papers in my hand.

“There’s something about this house that isn’t right.”

“You mean other than the multiple ghosts?” Mason shook his head. “Have you heard anything back on the thumbs?”

“Nope, I think our lab and system are still back logged.” I looked over at the group getting back to work searching for bones. “I think this case takes the cake for strangest one in a while.”

“We have multiple crimes, and PIB has nothing to go off of. Should you call back up in?” He glanced at me.

I knew what he meant, I didn’t meet his gaze. “Maybe. It’s possible my contact could shed some light on one of the biggest mysteries so far in this house.” I pressed my lips together. “Assuming all my contacts synced to my new phone, I can call him today. I don’t know if he’s in town, but the number he gave me is a U.S. number, not an international one.”

“Meaning, he’s not in Egypt where the Cult’s base is.” I started walking towards my car.

Mason walked with me. “And just where do you think you’re going?”

“To get my bag out of the wreckage. It currently has everything I own in it. I’d like to keep it.”

Mason walked with me in silence until we finally reached the car. We both slid down into the small crater towards the crunched up mess. My gaze went over the twisted metal and the shattered glass.

Gray showed through where the paint had been scrapped off by debris and being banged into things.

The wheels stuck up in the air reminding me of a helpless turtle that’d been flipped over. Mason was the one who finally reached in the car and pulled out my bag.

I shook off the glass that I could and wondered how much more I was going to be able to take. The meltdown last night had helped, but I hadn’t expected it to be followed up by my car being destroyed.

“I’m going to need a new bag, nothing clings to fabric like auto glass.”

“Throw it in my truck for now and let’s walk the perimeter of the house.” He motioned back to the house and I stopped for a moment to take in the full picture of the house. It looked like any other farmhouse, with bits and pieces on the outside that didn’t match up due to add-ons as time went by.

From this distance it didn’t look like it had a basement anywhere, but the codes were different then. Massive windows wouldn’t have been required, just small ones. Ones that could easily be boarded up and sealed.

“Come on, Abby.” Mason called over his shoulder, pulling me out of my zone. I trudged back to the house and threw my bag in the back of his truck. Mason met me by one of the corners by the house.

I nodded and started walking slowly along the edge of the house. Cracks marred part of the foundation, moving in a spider web pattern up to the siding. I took another step and the world rushed by me. Air flew over me as I fell and my body hit the ground.

“Aw fuck!” I sat up and flexed my fingers and wrists to make sure nothing broke. Stretched my arms and then slowly stood and looked up. I was going to feel the bruises tomorrow, but right now I was happy that nothing was broken from the eight foot fall.

“Abby?” Mason’s voice called down the small hole I’d made. “You okay?”

“Nothing’s broken, but toss me a flash light and watch your step.” I called back up. The stream of sunlight that came through the hole barely touched anything where I was. I batted dirt off my body, hoping no creepy crawler had decided to stick to me. I heard him calling out to people above me.

“Help’s on the way. Flash light coming down.” Mason dropped a flashlight in the hole. It landed with a thunk by my foot and I bent down to pick it up. I clicked it on and swallowed a scream. 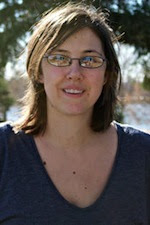 A.L. Kessler is a paranormal romance author residing in beautiful Colorado Springs, Co. Since she was a teenager she has loved spinning tales. She can easily be won over with gifts of coffee or chocolate.