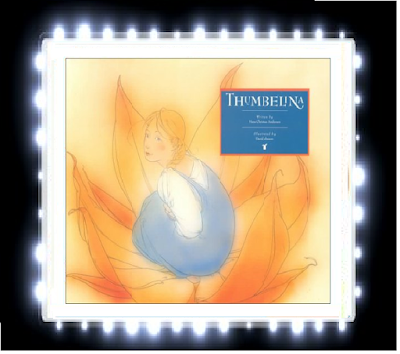 Content Rating:  Ages 3+ (Some Intense Scenes and depictions of Kidnapping)

“Thumbelina” is one of the most cherished stories in the Rabbit Ears Storybook Classics series and is surely a classic in its own right. Kelly McGillis’ tender narration, along with Mark Isham’s memorizing music and David Johnson’s exquisite drawings, combine to make “Thumbelina” one of the tenderest stories in Rabbit Ears history.

Kelly McGillis’ narration is extremely tender as she makes this story extremely touching and soothing to watch and she also greatly expresses Thumbelina’s sorrow of being married to the mole in a sorrowful tone which brought life to that scene. Another great aspect of Kelly McGillis’ narration is that she provides a wide variety of vocal talents like Robin Williams when she uses a high-pitched voice to voice the field mouse and a croaking voice when she voices the toad. Mark Isham’s music is extremely soothing and memorizing to listen to and the scene where Mark Isham’s music takes center stage is in the scene where Thumbelina finds the flower angels’ kingdom as Mark Isham accompanies this scene with soothing guitar sounds. David Johnson’s illustrations are extremely beautiful and light toned especially when he illustrates Thumbelina as an extremely beautiful girl with blond hair wrapped up in a braided ponytail and who wears a blue overall dress. Also, the scene where there is an image of the white marble palace by the lake is extremely breathtaking as you can see the reflection of the palace in the lake.

“Thumbelina” is probably Rabbit Ears’ most beloved story and it will surely be an instant treat to children young and old. I would recommend this story to children ages three and older since it has nothing inappropriate for the children.