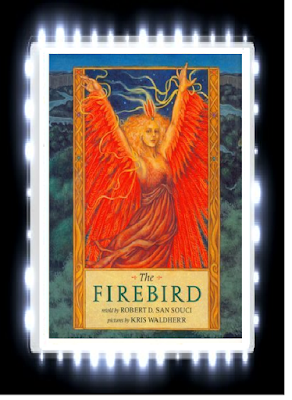 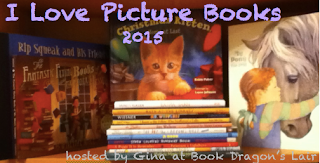 The book starts off with a young prince named Ivan who went hunting into the woods when suddenly, he noticed a golden light shining throughout the forest and there he sees the magnificent Firebird (who has taken the shape of a beautiful woman) flying from branch to branch.  Ivan then decided to capture the Firebird by snaring her; but then the Firebird pleaded to Ivan to set her free and she promised to give him one of her feathers to help him out in his time of need.  Ivan then let the Firebird go and later on, he enters a mysterious garden where he meets up with a young and beautiful princess named Elena, who was kidnapped by an evil wizard named Kastchei the Deathless.  Ivan then vowed to save Elena from Kastchei the Deathless and they found out that the only way to defeat Kastchei is if they can find the secret of Kastchei’s death that is hidden in his palace.

Can Ivan and Elena find the secret of Kastchei’s death?

Master storyteller Robert D. San Souci has done it again at retelling an ancient folktale that is well beloved by many folktale fans!  I loved the way that Robert D. San Souci put a different spin on this ancient Russian folktale by having the Firebird take the shape of a woman instead of being shown as a regular bird and actually introducing Kastchei the Deathless into this story.  It was interesting seeing Kastchei the Deathless in this book because while I have heard about Kastchei the Deathless in Russian folklore, I have never actually read anything dealing with Kastchei the Deathless and this would be the first time that I had read about Kastchei the Deathless, who was a truly interesting villain in this tale!  I also loved the fact that both Elena and Ivan take action in trying to discover Kastchei’s death as I like the fact that it was not just Ivan who tries to save the day, but Elena also tries to save herself from her fate from Kastchei and it gives a unique spin on how heroes and heroines are usually portrayed in folktales.  Kris Waldherr’s artwork is extremely gorgeous to look at, especially of the image of the Firebird herself as she is shown as a beautiful woman who has golden wings and a feathered crown on her head as it makes her look quite majestic.

Overall, “The Firebird” is a truly fantastic tale to read if you are a huge fan of Russian folktales and you will surely not be disappointed with this book!  I would recommend this book to children ages five and up since the storytelling is a bit advanced for younger children.