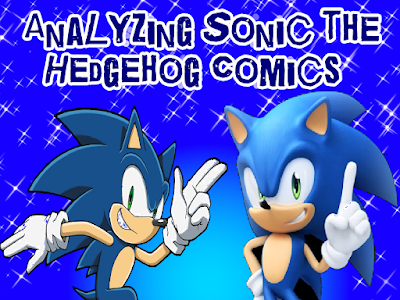 Hey everyone!  So, I have created another new feature for this blog and it's called "Analyzing Sonic the Hedgehog Comics!"

So, you are probably wondering: "Why in the world are you talking about Sonic the Hedgehog here?  This is a book blog, not a video game blog!"

Another reason was that I was trying to figure out what would be the best place to talk about the Sonic the Hedgehog comics.  At first, I was thinking about making videos about my deep thoughts on each issue of the Sonic the Hedgehog comic books on my YouTube channel.  But since I dedicated my YouTube channel to talking about mostly movies, TV shows and video games, I felt that it would be better to express my thoughts on these comic books on my book blog.

And so, the new series "Analyzing Sonic the Hedgehog Comics" has started and I have a feeling that this will be a long running series since there are SO MANY comic books of everybody's favorite blue blur!

So, here's how the series will work.  I will review each issue of whatever Sonic the Hedgehog comic book I picked up, whether it's from the Archie Comics, the IDW Comics and the Fleetway Comics (if they ever get distributed internationally) and I will analyze each scene in the comic and give out my thoughts on the issue as a whole.  Then, I will rate each issue by this special rating system that I had created: 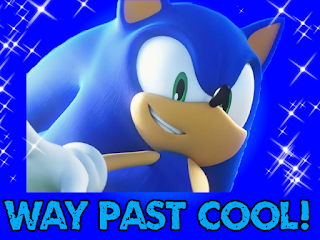 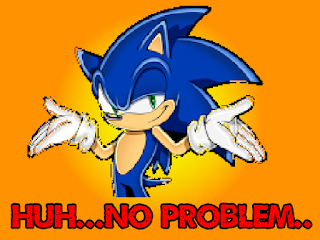 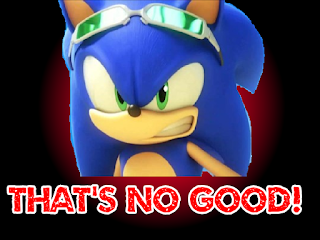 WAY PAST COOL: This is the highest rating and it basically means that the issue and the characters were very well written and I was into the story.

HUH...NO PROBLEM: This is pretty much an average rating.  The story was okay and the characters were tolerable enough where I don't outright hate them.

THAT'S NO GOOD!: This is the lowest rating and it basically means that the story was terrible and the characters were written terribly.

Also, I'm hoping to do this feature every week, so expect to find a new review of an issue drop any time of the week.

So, that's what this feature is all about!  If you are a huge fan of the Sonic the Hedgehog comic books and you want to see my opinions on them, then check this series out!