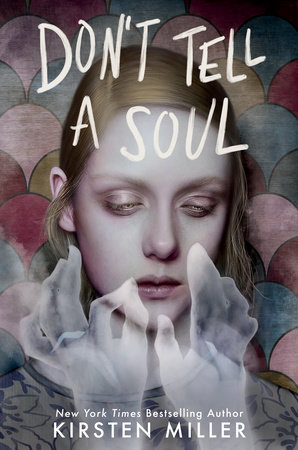 Don't Tell a Soul
By: Kirsten Miller
Expected Publication Date: January 26th, 2021
Buy on:   Amazon
Stay up all night with this modern day Rebecca! Perfect for fans of Truly Devious—a haunting story about a new girl in an old town filled with dark secrets . . . that might just kill her.People say the house is cursed.
It preys on the weakest, and young women are its favorite victims.
In Louth, they're called the Dead Girls.All Bram wanted was to disappear—from her old life, her family's past, and from the scandal that continues to haunt her. The only place left to go is Louth, the tiny town on the Hudson River where her uncle, James, has been renovating an old mansion.But James is haunted by his own ghosts. Months earlier, his beloved wife died in a fire that people say was set by her daughter. The tragedy left James a shell of the man Bram knew—and destroyed half the house he'd so lovingly restored.The manor is creepy, and so are the locals. The people of Louth don't want outsiders like Bram in their town, and with each passing day she's discovering that the rumors they spread are just as disturbing as the secrets they hide. Most frightening of all are the legends they tell about the Dead Girls. Girls whose lives were cut short in the very house Bram now calls home.The terrifying reality is that the Dead Girls may have never left the manor. And if Bram looks too hard into the town's haunted past, she might not either.
Oooh!  A book about a haunted house!  I haven't read any books that dealt with haunted houses for awhile now!  Sounds like a very interesting book! 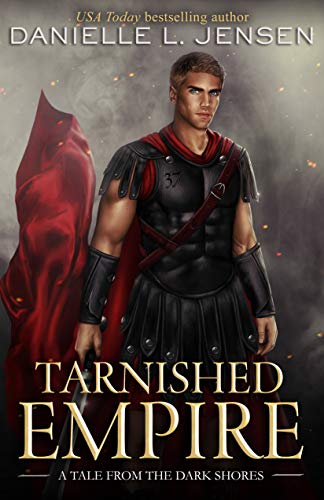 Buy on:  Amazon
DEFIANCE IS TREASON. TREASON IS DEATH.A siege is laid against the last resistance to the Senate’s rule. As the battle rages, a commander, a soldier, and a rebel will decide how far they are willing to go for victory.THE COMMANDERMarcus is forced to choose between destroying the rebel forces and liberating his legion. He must face the true cost of being a leader. And an oppressor.THE SOLDIERAgrippa sets his sights on glory to fill the deepening void within him. He discovers that the price of fame might not just be paid in blood, it might be paid by his heart.THE REBELSilvara joins the rebel forces to fight against the legions who would see her family dead. While she dreams of being a warrior, she finds her sharpest weapon is seduction. But to defeat the Empire, she’ll have to betray the young man who now has her heart.Inspired by the harsh world of ancient Rome, readers are obsessed with this martial tale of fiery romance, friendship, and enmity. Told from three points of view, TARNISHED EMPIRE is filled with twists you’ll never see coming but will keep you turning the pages all night.TARNISHED EMPIRE is set in the world of Danielle L. Jensen’s DARK SHORES. But readers new to the world can begin here.
I haven't read the Dark Shores series yet, but the fact that this book is technically a prequel to the Dark Shores series would be a great place to start this series!