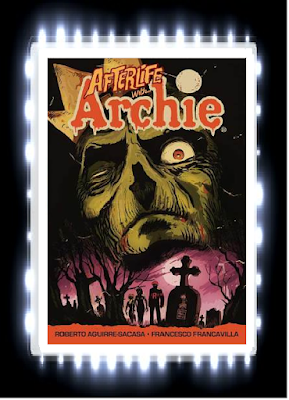 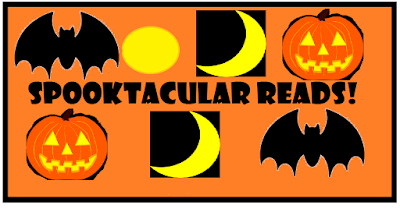 Alright, so I will admit that I have not read many Archie Comics where the gang is put into a darker situation that is different from the “wholesale family entertainment” adventures that they are usually in (and this was BEFORE the reboot came along, although the reboot was not as dark as this comic).  So, since Halloween is around the corner, I just had to pick this graphic novel up called “Afterlife with Archie: Escape from Riverdale Volume One” which is written by Roberto Aguirre-Sacasa along with artwork by Francesco Francavilla, where Archie and the Gang end up in a for real zombie apocalypse!

The story starts out with Hot Dog, Jughead’s beloved dog, being run over by a car and Jughead ends up going to Sabrina the Teenage Witch, to see if she can help his dog.  Unfortunately, Sabrina’s aunts tell Jughead that there is nothing they can do for Hot Dog and that he should let Hot Dog stay dead.  But then, Sabrina decided to help out Jughead anyway and she ends up resurrecting Hot Dog.  Unfortunately, it turns out that when Sabrina brought Hot Dog back to life, Hot Dog became a zombie dog and he ended up biting Jughead, which turned Jughead into a zombie! So, when Jughead went to the school dance, he ended up affecting most of the school by biting most of the students, with the exception of the main cast, which consisted of Archie, Dilton, Midge, Moose, Reggie, Betty, Veronica and many others.  The remaining students ended up going to Mr. Lodge’s mansion in order to protect themselves against the zombies, while also trying to see if there are any survivors from the zombie apocalypse.

Roberto Aguirre-Sacasa’s writing:  Wow!  I never would have thought that I would live to see the day where there would be a graphic novel series that has Archie and the gang getting involved in a zombie apocalypse!  Roberto Aguirre-Sacasa has done a fantastic job at giving the usual sweet natured Archie Comics a darker and scarier tone in this graphic novel and it never felt so out of place to me that the Archie gang in this story are portrayed in a much more mature and cynical way, since they are stuck in a zombie apocalypse and it is appropriate for this type of story.  I also loved the way that Roberto Aguirre-Sacasa created a different spin for each of the main characters, such as Betty and Veronica being more antagonistic with each other rather than be good friends with a small rivalry with each other, Sabrina and her family being more realistic and intense versions of witches and Nancy and Chuck…well, I will let you find out for yourselves what is going on with Nancy and Chuck in this comic!  I really loved the fact that this comic is much more serious and frightening in tone since the gang are facing a zombie apocalypse and I found myself a bit creeped out by some of the moments in this comic, such as the zombified citizens of Riverdale attacking the main protagonists.

Overall, “Afterlife with Archie: Escape from Riverdale Volume One” is a fantastic graphic novel that anyone who loves both the Archie Comics and zombies will easily enjoy!