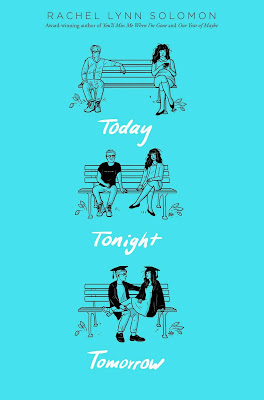 The Hating Game meets Nick and Norah’s Infinite Playlist by way of Morgan Matson in this unforgettable romantic comedy about two rival overachievers whose relationship completely transforms over the course of twenty-four hours.

Today, she hates him.

It's the last day of senior year.  Rowan Roth and Neil McNair have been bitter rivals for all of high school, clashing on test scores, student council elections, and even gym class pull-up contests.  While Rowan, who secretly wants to write romance novels, is anxious about the future, she'd love to beat her infuriating nemesis one last time.

Tonight, she puts up with him.

When Neil is named valedictorian, Rowan has only one chance at victory: Howl, a senior class game that takes them all over Seattle, a farewell tour of the city she loves.  But after learning a group of seniors is out to get them, she and Neil reluctantly decide to team up until they're the last players left - and then they'll destroy each other.

As Rowan spends more time with Neil, she realizes he's much more than the awkward linguistics nerd she's sparred with for the past four years.  And, perhaps, this boy she claims to despise might actually be the boy of her dreams.

Tomorrow...maybe she's already fallen for him.

Well, it's been a while since I last read a romance novel and this sounds like a cute read!  The classic "enemies to lovers" story gets me every time! 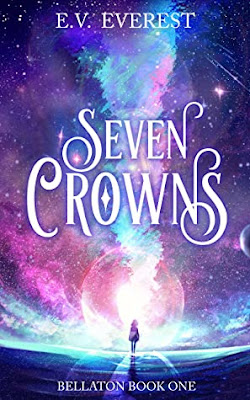 Sixteen-year old Ana is a waitress, foster kid, and liar.  She might also be the sole heir to a crown on another planet.  A crown she never asked for or even wanted.

One year after her mom's death, Ana discovers her mom's biggest secret -- she was a political refugee from a planet called Bellaton.  Ana's family was one of seven that ruled before they were picked off one by one.

Now, with assassins after her, Ana could be next.  With the help of a dazzling array of friends and enemies, Ana must discover her magical "gift" … or risk being named an imposter.

In this world of breathtaking beauty, charm, and magic, will Ana be able to tell friend from foe, reveal her would-be assassin and take the crown?

Travel to a glittering, dangerous world with political alliances and ballgowns, perfect for fans of Red Queen and The Selection.

YES!  An outer space story about a lost princess who is on the run!  I would love to see how this book ends!