Waiting on Wednesday #179: Dust by Kara Swanson and Shielded by KayLynn Flanders 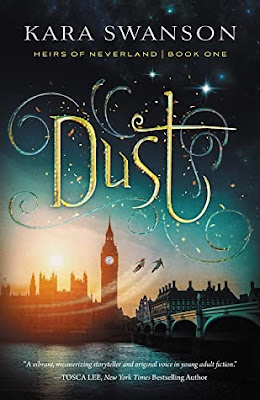 The truth about Neverland is far more dangerous than a fairy tale.

Claire Kenton believes the world is too dark for magic to be real--since her twin brother was stolen away as a child.  Now Claire's desperate search points to London...and a boy who shouldn't exist.

Peter Pan is having a beastly time getting back to Neverland.  Grounded in London and hunted by his own Lost Boys, Peter searches for the last hope of restoring his crumbling island: a lass with magic in her veins.

The girl who fears her own destiny is on a collision course with the boy who never wanted to grow up.  The truth behind this fairy tale is about to unravel everything Claire thought she knew about Peter Pan--and herself.

YES!  Another "Peter Pan" retelling!  It seems like this will be a darker version of our favorite Neverland boy!  Can't wait to read this book soon! 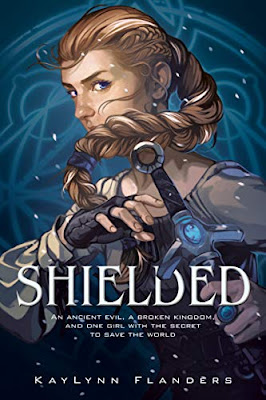 For fans of Sorcery of Thorns and Furyborn comes a thrilling new fantasy about a kingdom ravaged by war, and the princess who might be the key to saving not only those closest to her, but the kingdom itself, if she reveals the very secret that could destroy her.

The kingdom of Halendi is in trouble.  It's losing the war at its borders, and rumors of a new, deadlier threat on the horizon have surfaced.  Princess Jennesara knows her skills on the battlefield would make her an asset and wants to help, but her father has other plans.

As the second-born heir to the throne, Jenna lacks the firstborn's--her brother's--magical abilities, so the king promises her hand in marriage to the prince of neighboring Turia in exchange for resources Halendi needs.  Jenna must leave behind everything she has ever known if she is to give her people a chance at peace.

Only, on the journey to reach her betrothed and new home, the royal caravan is ambushed, and Jenna realizes the rumors were wrong--the new threat is worse than anyone imagined. Now Jenna must decide if revealing a dangerous secret is worth the cost before it's too late--for her and for her entire kingdom.

Hmmm...an arranged marriage type of story that has magic at the center of its plot?  Sounds pretty interesting!  I would love to see where this story goes!