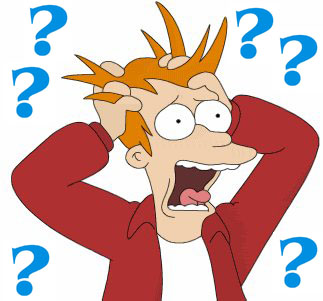 Each week there’s a different Top Ten list. It’s a great way to find and connect with other awesome bloggers.

So, here's my top 10 Pet Peeves in Comic Books (in no particular order)!

1) Lack of Character Development: If there’s one thing that gets on my nerves about some comic books is that they throw the characters into events without really developing that character’s journey into getting to that event. I like to see some good character development in comic books because I want to really connect with the character whenever they go through various situations and in developing that character, you can really see the growth of that character and understand their struggles in becoming a more mature character.  Not developing that character through various events causes the situation to be forced and it’s really hard to connect with that character without explaining the reasons why they act that way during that event.
2) Making the Story too slow: This is a pet peeve I have with any kind of book, but comic books especially. I love it when a comic book has the combination of both action and development for the characters as they make the series interesting to read.  But, if the story moves along too slowly or nothing really happens during the story, then it’s a sure fire way to make me drop the title.

4) Breaking up long running relationships: This is a big pet peeve for me. I love reading about various relationships in comic books, whether it’s a romantic relationship or a friendship.  Whenever those types of relationships are forcibly broken just for the sake of shock or events that are supposed to change the status quo, it’s a fast way to not get me to read any more comic books from that series.   Even if they did established new relationships, I have to constantly think to myself about how long those new relationships will even last if a new event comes in and changes the status quo of the characters again.

5) Killing off characters and then bringing them back quickly: Something that not only annoys me but many comic book fans too, is to constantly kill off a character for a big event, but then bring them back a few months later.  I feel like deaths in comic books should mean something for the characters involved and bringing them back constantly even after they performed a heroic sacrifice just lessens that sacrifice and the story in general.  I think the best solution is to allow the character to stay dead for at least 3-5 years and then bring them back so that way, fans would really feel the impact of that character’s death.

6) Forcing events to happen within the story: Forcing in events in a story arc that already has a lot happening, just causes the story arc to come to an abrupt halt.  Sometimes the changes from that event could affect the ongoing story arc in a negative way if it’s not handled properly.

7) Not giving lesser known characters a chance to shine: I have a lot of favorite characters in the comic book world that are not well known and not seeing them get their own storylines or even getting the chance to do more in their respective titles is something that gets on my nerves a lot. It usually amazes me that there are so many characters in a specific comic book series, but almost half of them don’t even get the chance to shine in most titles, which prevents them from really standing out towards the fans.

8) Making good guys evil without a logical explanation: This pretty much goes alongside with lack of character development for a character. I don’t mind if there are storylines where a good guy is questioning their moralities, but forcing them to become villains due to the situation at hand is not a good way for me to get invested in these characters and their problems or even sympathize with them when they do turn evil.

9) Selling comics at an expensive price: This is basically a pet peeve for any product, whether it’s books, DVDs or cars.  But, with comic books, it can be even more problematic, especially if you happened to be reading a series that is involved in a big story arc and to understand that story arc, you have to collect all the issues pertaining to that story arc. That can be torture on your bank account if you don’t have the money to buy all those issues.  Probably, if the costs of comic books were a little lower, I probably would be buying more single issues by now and marveling at how many single issues I have collected over the years.

10) Changing a core characteristic of character: I usually don’t mind if there are different takes on a character, as long as the story is written well.  However, if a comic book happened to change the core characteristic that defines the character like for example, take away Superman’s character of helping out people no matter what, then it’s hard to really distinguish on whether or not that’s the same character that was already established in that universe.

[BOOK REVIEW] The Hardy Boys: The Ocean of Osyria Volume 1 by Scott Lobdell 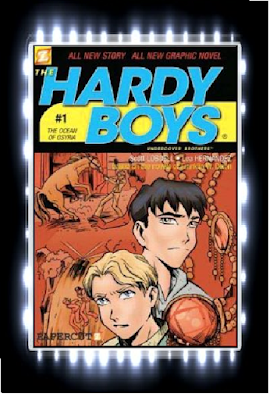 Title:  The Hardy Boys: The Ocean of Osyria Volume 1

Now, I will be honest here.  I knew that the “Hardy Boys” existed in various books for decades now, but I was never able to pick up the series until just recently (or at least pick up a more modern day take on the classic book series in graphic novel format).  So, when I heard that Scott Lobdell, who was known for writing many superhero comic books in the past, was writing this series, I just had to see for myself what this series was all about!

The reason why I gave this volume a three and a half star rating was because I felt that the story was a bit too slow in many parts and as a newcomer to the “Hardy Boys” series, this volume did not explain much about how the Hardy Boys got into solving mysteries or giving us a case where the Hardy Boys start to realize that they were made for solving cases.  Also, the artwork can be a little too scratchy in places to the point where you do not quite understand what kind of action is taking place at that time.  Also, I felt that the artwork does not work for this type of story since I expected to see artwork that was a little more intense and realistic for a story that is all about solving crimes.  The only thing that prevented me from giving this volume a complete three star rating was the relationships between the characters, which I really enjoyed.

Overall, “The Hardy Boys: The Ocean of Osyria” may have contained good chemistry between the characters and an interesting premise, but the story was just okay as the plot was a bit too slow for my tastes.  Hopefully, this series will get better in the next set of volumes.